The Power of Place and Kickstarter 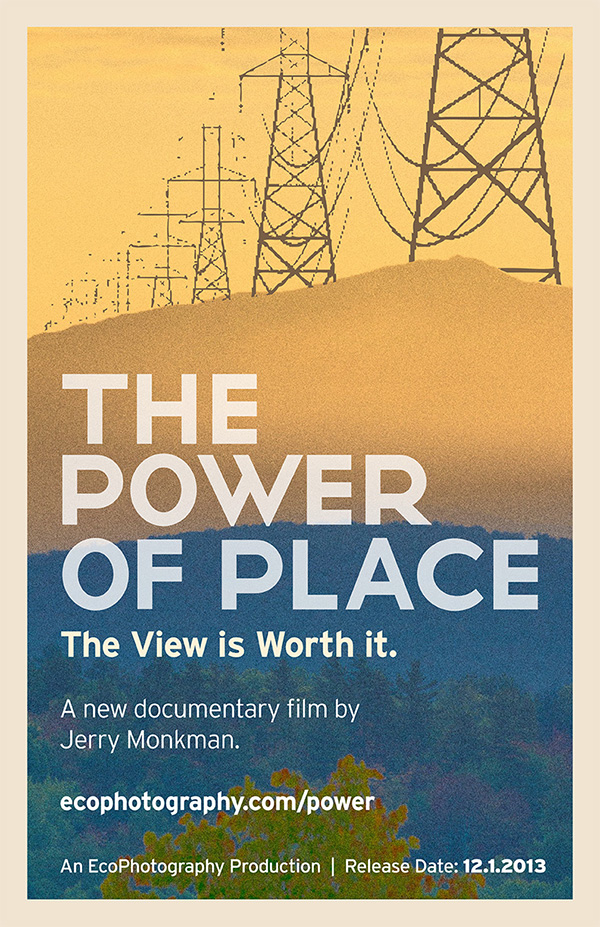 For two years, I have been spending a portion of my working time making photographs and videos about Northern Pass, a proposed electricity transmission line for New Hampshire that has turned into quite the controversy. The power lines will irreparably change the character of the farmlands and untrammeled forests of northern Coos County as well as significantly increase the feeling of industrialization for another 140 miles to the south through the White Mountain National Forest, New Hampshire Lakes Region and into the still relatively rural hamlets in the south-central part of the state.

A few months ago, the seed was planted in my head to produce a 30 minute documentary that will explore the visual impact of Northern Pass on the New Hampshire landscape and how this would negatively impact the connection to New Hampshire’s wild places that are strongly felt by both residents and millions of visitors from afar. Last month, I thought of the title “The Power of Place” as both a play on words and to highlight the hold that a place can have on the heart and soul of people who love the outdoors. I was debating the strength of this title with Marcy and friends when Yankee Magazine released their March/April issue with the headline, “The Power of Place,” and a series of articles that explore people’s connections to the land. When I read the article, “The Northern Pass | ‘My Roots Are Deeper than Your Pockets’ (which features two people I’ve interviewed for my own videos about Northern Pass,) the title of the film was sealed.

I expect that to complete this film I will need to spend the majority of my time between now and Thanksgiving, filming and editing. You can see a more detailed description of the project here: https://ecophotography.com/power/.  To fund the project, I’ve decided on the crowd-funding platform, Kickstarter. Kickstarter gives creatives in all genres, from photography and film to theater to high-tech visionaries, the ability to raise funds for a project from a large number of people who give amounts from $1 to $10,000. Backers of a campaign are not charged for their pledge until the campaign has ended AND the funding target has been met. This gives the project a much higher chance of being completed than if only a portion of the funding goal is reached.

Kickstarter has proven very successful, with backers funding close to 40,000 projects since 2009 to the tune of $470 million. One of the big reasons for this success is that backers of a project receive rewards based on their pledge level. These rewards are as simple as a “Thank You” e-mail or “Good Karma” for small pledges, but they get more interesting and rewarding as pledge levels rise. For The Power of Place, I’ll have a variety of rewards, such as signed copies of the DVD, signed prints, an embroidered “Crew” hat, a day with the film crew, your name listed in the film credits, and personal screenings of the film for you and a group of friends.

I’ll be launching the funding campaign for The Power of Place one week from today (April 16th,) and I’m excited to hear from all of you that are interested in the Northern Pass issue and the logistics of shooting this film.
-Jerry