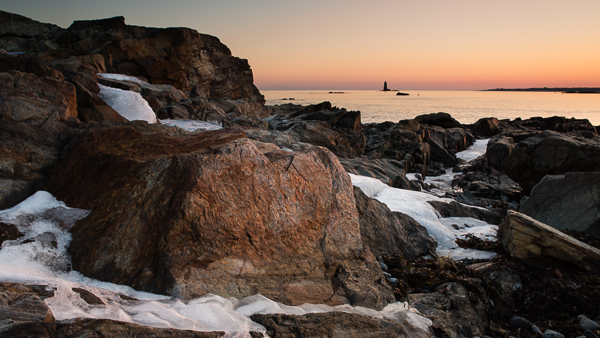 I’m always looking for new ways to describe the beautiful places I visit with my DSLR, and during the last few years this has included creating short time lapse videos from a series of images. I’ve included some of these clips in some of my video projects recently, and you can see those time lapses at the beginning of these videos: http://vimeo.com/48243196 and http://vimeo.com/album/2088928/video/33083234. Like most things photographic, the concepts behind shooting time lapse sequences are simple, but once you get into it you realize there are numerous challenges involved in making the leap from “o.k.” to ” “stunning”.  At a basic level, all you need to do is take a series of photos over time and then use software like Quicktime or Premiere Pro to link them all together into a video clip, but you also need to take into consideration things like the final length of the clip, exposure changes over time, camera movement, power and memory card capacity, etc.

Here’s how to create a simple time lapse clip:

1. Set the camera up on a tripod, manually focus (and don’t change focus between exposures) and manually set your exposure. For time frames where exposure may change like around sunrise and sunset, it can help to over- or underexpose at the beginning to anticipate the change in light values. You can always tweak exposures in Lightroom or ACR in post if part of the sequence is terribly over- or underexposed. Using program mode or aperture priority can result in an unnatural flickering in the final time lapse.

2. Once exposure is set, set the camera up to take a shot at regular intervals. Most Nikons and some of the new Canons have this feature. My 5D MarkII does not, so I use a fancy cable release called an intervalometer which lets me set things up so the camera fires at a set interval (every second, every 5 seconds, every minute, etc.) The interval depends on how long the overall time frame is and how long you want your final clip to be. Standard, “cinema” style film is 24 frames per second. So a ten second clip would include 240 images. If you’re shooting over a one hour time frame that’s 3600 seconds divided by 240 images which means 15 seconds between exposures.

3. Once you have your images you need to convert the images to jpegs, then sequence them together into a movie. The easiest way to do that is to pay the $20 to upgrade Quick Time to Quick Time Pro. Then you use the File–Open Image Sequence menu option and point to the first image in your sequence. You can choose the frame rate, which will help you slow down or speed up your clip, but the 24 frames per second is the standard. You can also use a program like Final Cut and Premiere to do the same thing. Obviously, there are lots of nuances to this, but these steps will get you started.

This technique works great, but you will quickly want to improve on your resulting clips. For one thing, sometimes the exposure changes from beginning to end are so great that you’ll inevitably end up with either murky shadows or blown out highlights (or both) at either end of your image sequence. Ideally, you’d be able to adjust the exposure in the middle of shooting your sequence and then somehow seamlessly adjust all of your images in post to create a smooth exposure look throughout.

Even without a lot of changes in light you might end up with image flickering if you use any aperture other than your lens’s maximum aperture. This happens because when your lens stops down to your set aperture during every exposure, there are slight variances in the size of the lens opening. This might not be noticeable in a series of a few stills, but when you put together several images into a video clip, these minor variances become quite noticeable (look at my time lapses and you’ll see them.) To completely eliminate this flickering, your best bet is to shoot at your maximum aperture, which typically won’t result in minor exposure variances. I’ve recently turned to a program called LRTimelapse which works with Lightroom and makes it relatively easy to deal with big exposure changes during a timelapse sequence and does an adequate job at reducing flickering as well.

Conquering exposure changes is still something I’m learning, and I expect I’ll have a handle on it soon. Adding movement to time lapse sequences is something else I’ve been working on lately after purchasing a slider and controller system from Kessler Crane.  A slider is a rail system that you mount the camera on and move it from side to side. A good slider lets you create very smooth camera movements that just aren’t possible hand held, especially when shooting a time lapse sequence. I’m using Kessler’s Phillip Bloom Pocket Dolly with their Oracle controller, which includes a motor for the dolly and a little computer that lets you program any movements. The controller also includes an intervalometer so you can tell the slider how to move, how long to move, and how often to fire the camera. It’s a pretty slick system, and if you watch the above video clip of my first three time lapse attempts with the dolly, you’ll see that adding that little bit of movement adds a nice dynamic element that is missing in static clips. Fun stuff!

Let me know how you like my initial attempts with this gear, and please post any questions about the process in the comments section below.

6 thoughts on “Shooting Time Lapse Clips with a DSLR”