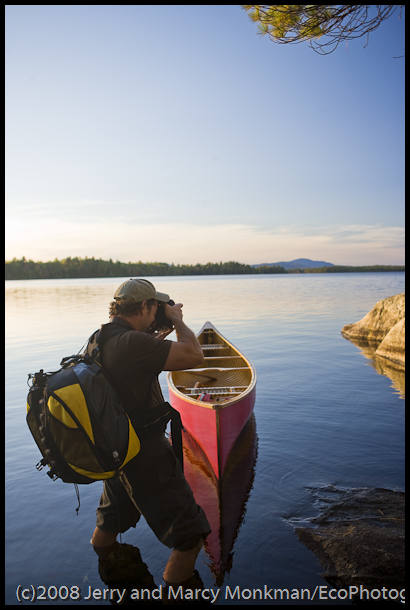 When I first became a full-time nature and adventure photographer nine years ago, I expected I’d spend most of my time exploring beautiful places and having wilderness “wow” moments most days.  I knew I would need to also spend time in the studio running the business side of my career, but I had no idea how all-consuming that could be become.  After my first year shooting full-time, I analyzed how I spent my time and realized I had only been out shooting around 50 days in the past year.  I was a photographer, yet had taken pictures less than two months out of the year!

Part of the equation was the fact that I was a new dad, but more importantly, I  let myself get wrapped up in dealing with the more mundane aspects of the job – marketing, figuring out what my website was about, and at that time, filing and scanning slides.  It is so easy to let those things take over, especially when you are first starting out and feeling the pressure of “making it.”  Of course, nine years later, that pressure hasn’t gone away, and is worse in some ways due to the state of the industry and the fact I now have two kids.  But…I’m a photographer and to succeed as a photographer I need to be constantly making new pictures and letting my craft evolve.  The day to day business stuff is very important, but without the pictures and the craft, it’s a waste of time.  Over the past several years, I’ve worked hard to develop efficiencies in my business and hired outside help so that I can get the business stuff done and still take pictures.  I now get out and shoot around 120 days/year. I wish it were more, but that seems like a good number to me.

That still leaves about 130 – 150 days when I’m in the studio instead of out shooting, but since I live in New England, about half those days aren’t worth being outside anyway!  What I did yesterday is fairly typical:

Signed and matted a print for client coming by today.

Met with our accountant to go over 2009 taxes.  By the way, he said not to worry too much about owing anything – one upside of a down economy!

Exported a Lightroom catalag with 500 images to a thumb drive which I mailed to my part-time keywording assistant.

Chatted on the phone for half an hour with one of our best conservation clients.

Printed and cut 10 prints for above client for an event they are having later this month in Maine.

Selected images and created a Photoshelter gallery for the 2011 Wilderness Society calendar.

Set up a video shoot for Thursday.

Scheduled a personal Lightroom consultation for next month with a former workshop student.

Tweeted, Facebooked, LinkedIn-ed and spent the usual minutes studying my bit.ly results, YouTube counts, and Google Analytics for signs that what I’m doing is making a difference (it is.)

Ate dinner, rode bikes with the kids, put them to bed, and processed and captioned about 30 new images while watching Chuck (House was a rerun.)

How and Why: Photo of Fall Foliage in New Hampshire’s White Mountains

‘Tis the Season for Gratitude (and Winter Photography!)

How and Why: Dawn in Acadia National Park Photo