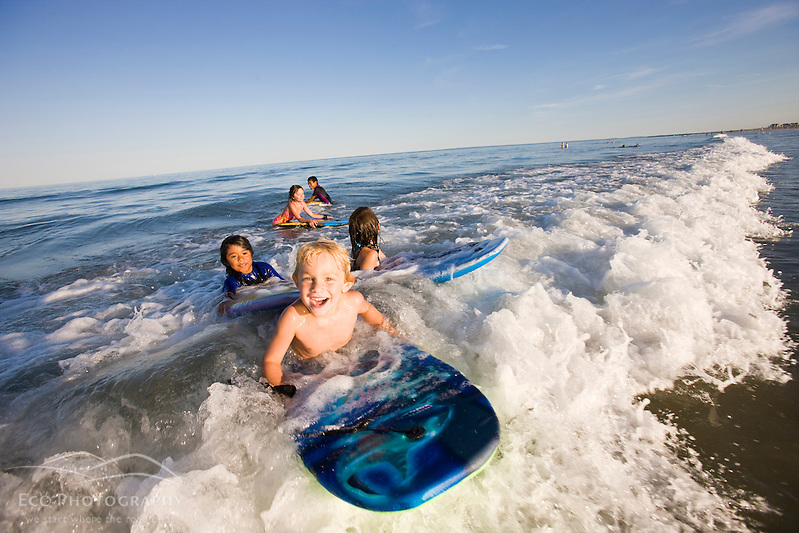 Well, it looks nothing like the above photo here in New Hampshire today.  We got a good eight inches of fresh snow last night and this morning, but it doesn’t hurt to remember some warmer weather.  The above photo was from a shoot we did for New Hampshire Travel and Tourism at the end of the summer.  I should have posted it back in August, but time has been short these last few months, hence the title of this post –  I officially resolve to be more timely in my blog entries.  We’ll see what happens.  By the way, the happy bugger in the foreground is our son Quinn. 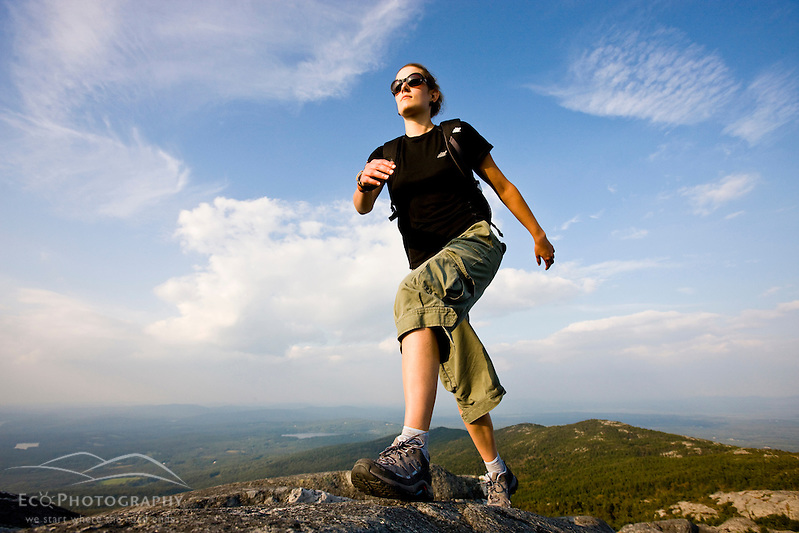 A woman hikes near the summit of Mount Monadnock in Monadnock State Park in Jaffrey, New Hampshire. (Jerry and Marcy Monkman)

In addition to the NH Tourism shoot, I also completed a really great assignment for New Hampshire State Parks under the direction of Rumbletree (an ad agency here in Portsmouth.)  I shot scenic and recreation imagery in 10 different New Hampshire state parks, ranging from Lake Francis in the northern tip of the state to Odiorne State Park, here on New Hampshire’s Seacoast. 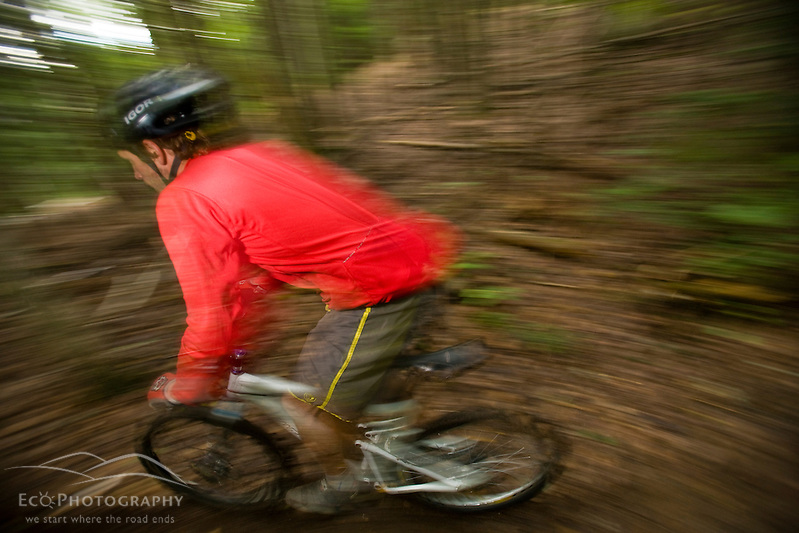 I made this shot of Jason Hunter (who helped build the trails at Moose Brook S.P.) on a dark, overcast day.  I shot it at ISO 400, panning my Canon 1DsMarkIII at 1/15 second and adding some off-camera fill flash to stop the action just enough for the shot to work. 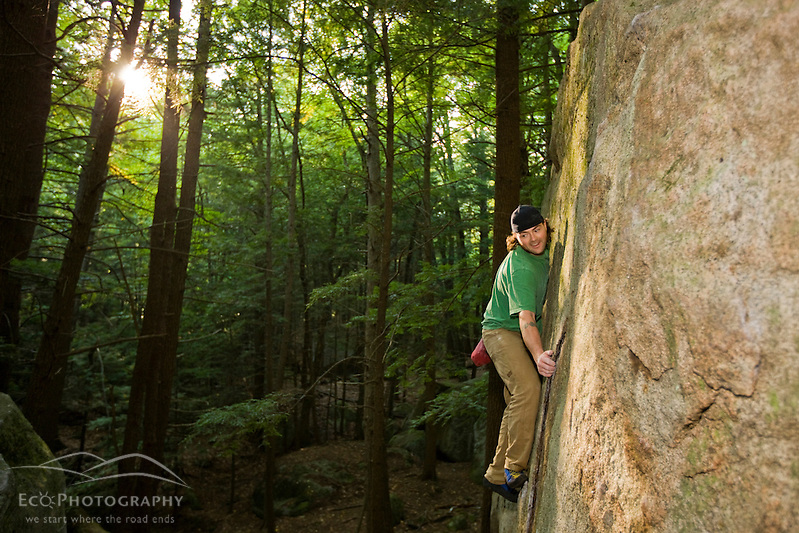 O.K., so here’s why there are no winter shots in this blog yet.  On December 20, I built a very cool sledding run in our backyard for the kids and during my test run I cut a 3.5 inch gash across my left knee that required 22 stitches.  I missed our first three big snowstorms, while laying on the couch recovering.  I’m now up and getting around o.k., but I start physical therapy tomorrow to get myself back to “adventure shooting” strength.  Hopefully, I’ll be back on snowshoes and skis within a few weeks!