I Ain’t Gonna Work On Maggie’s Farm No More 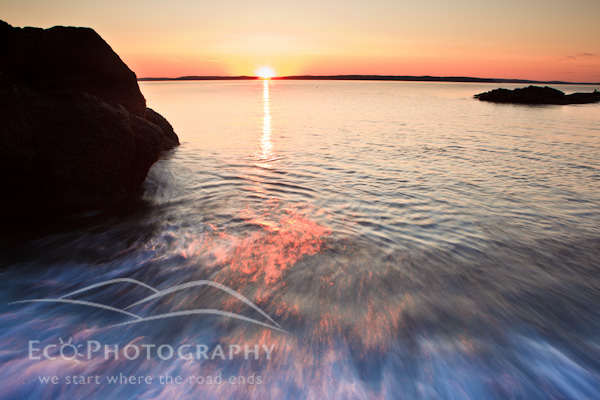 October 1st will mark nine years since I quit working on Maggie’s Farm.  In my case, “Maggie’s Farm” was a cubicle at a large insurance company that was just the last of several identical cubicles I worked in over the course of eleven years as a software engineer.  I never liked this job, though it made me a decent income and the stress was relatively low.  I realize that software engineer wouldn’t make many lists detailing the crappiest jobs in the world – in fact, most would consider it a pretty cushy gig – but I was never satisfied.  I yearned to spend more time outside, and I felt there must be a way to channel my creative energy for something more important and beneficial to my mental health and the world in general.  I spent the last five years of this “career” begging for as much time off as possible to get out and make pictures, and I’m fortunate to have had managers and colleagues who supported my crazy photo obsession.  After 9/11, and with a new baby at home, it became obvious to me that it was time to quit the job that made me good money, but left me unhappy, and I took the plunge as a freelance photographer.

If you’re one of those people who feels stuck in a job, but you have loftier aspirations, all I can say is “Go For It!”  It will change your life.

Though I’ll admit to occasionally missing that steady paycheck, I can honestly say I have never once regretted my decision. Of course my life is more fun as I get to spend 100 days or so a year out shooting in beautiful places.  This is what I expected and dreamed of often (usually as I dozed off, head down on my keyboard in the cubicle,) but it is the unexpected consequences of my decision that have really improved the quality of my life.

So following Bret’s lead, here are five unintended benefits of quitting the farm and striking out on my own:

1) Effecting change. All along, I had planned to offer my imagery to conservation organizations to use in their publicity, fund-raising, etc., but I had no idea when I started out that photography had such power to inspire others to change their lives or help change the world.   I have been blessed to work on over 100 commissioned conservation photo projects in the last ten years.  All but three of those projects have resulted in the successful conservation of open space here in New England, and my clients tell me that quality photos do make a difference when it comes to inspiring government officials and the general public to protect these places.  As a software engineer, I may have dreamed of the freedom of a photo career, but I never realized how much positive influence the photos I make would have.

2) Becoming More Comfortable Around People. I wasn’t exactly a hermit before becoming a photographer, but I do have a quiet personality.  This of course played into my wanting to be a nature photographer, where I could enjoy long days alone, or with my wife, out in wilderness just creating art.  What I discovered though is that to be a successful photographer means spending a fair amount of time around people, giving slide shows, showing portfolios, networking, attending gallery openings.  As I started shooting more adventure imagery, I even started just approaching strangers on the trail, in coffee shops, bike shops, etc., and asking if I could photograph them.  This might sound painful to the shy, aspiring nature photographer, but it has become one of the parts of the job I actually look forward to.  Some of my most memorable experiences as a photographer have come from the reactions I get at presentations or the conversations I have with complete strangers on the trail.  Some of these people have even become life long friends.

3) Mountain Biking and Sea Kayaking. O.K., chances are good I would have gotten into these sports even if I had never picked up a camera, but the truth is I only started doing both of these activities after Marcy and I were asked to write “Discover Acadia National Park” back in 1998.  We were avid hikers and backpackers, loved Acadia, and proposed a photo guide of the park to AMC Books in 1997.  They didn’t bite on that book idea, but later proposed we write the Discover book, which is a multi-sport guide (hiking, biking, and paddling.)  I honestly don’t remember if we let on that we only participated in one of the three sports the guide would cover (probably not,) but this opportunity out of the blue really inspired us to explore wilderness in different ways. This was pure serendipity.  These days, I can’t imagine a summer going by without a dozen days or so spent dipping my paddles into the cold waters of the Gulf of Maine.

4) Teaching. Workshop leader was not on my radar either when I started my photo career. I had never trained as a teacher nor did I think it would be something I’d enjoy, but serendipity struck again when the Appalachian Mountain Club asked me to fill in for an instructor that had to cancel one of his workshops in the White Mountains in 2002.  I was nervous beyond belief, but soon realized I had some clue what I was talking about and that people actually seemed to understand what I was teaching.  Now I find myself truly looking forward to the five or six workshops I lead every year.  It is deeply satisfying to watch my students practice what I teach, and I get almost giddy when I see one of them have one of those “ah ha” moments when it all starts to click for him/her.  I have even been asked to teach photography at my kids’ school, but teaching 17 8 year-olds is way scarier than 8 or 10 adults!

5) My kids think I’m cool. O.K., they’re only seven and nine, so maybe this opinion will be different five years from now (or maybe five months from now in the case of my nine-year old, who yesterday uttered, “Daddy, don’t talk to me in that tone of voice.”) But you know what, my kids do appreciate the work I do. They take pride in the fact that I work to protect the environment, and it really bolsters their own self-esteem when I have them come along to work on a project with me – they are already astute at holding a reflector and finding little critters worth photographing.  I feel like my photography career is a major and positive influence in my relationship with them, and our experiences in the field are the building blocks for their own interesting and successful lives.  And that is worth its weight in gold and something I could not have purchased no matter how many hours I billed for cranking out computer code.

These are just a few of the reasons that my life changed for the better because of photography.  I can’t imagine a career that feels more “right” than being out shooting in the natural world.  I realize how lucky I am to have realized that this is the right job for me, let alone having been fortunate enough to make it a reality, but I really believe that anyone who is given the time to explore his or her passion will find success in one way or another.

Talking about conservation photography on some podcasts.