The Stonehouse Forest: A Conservation Photo Project Close to Home. 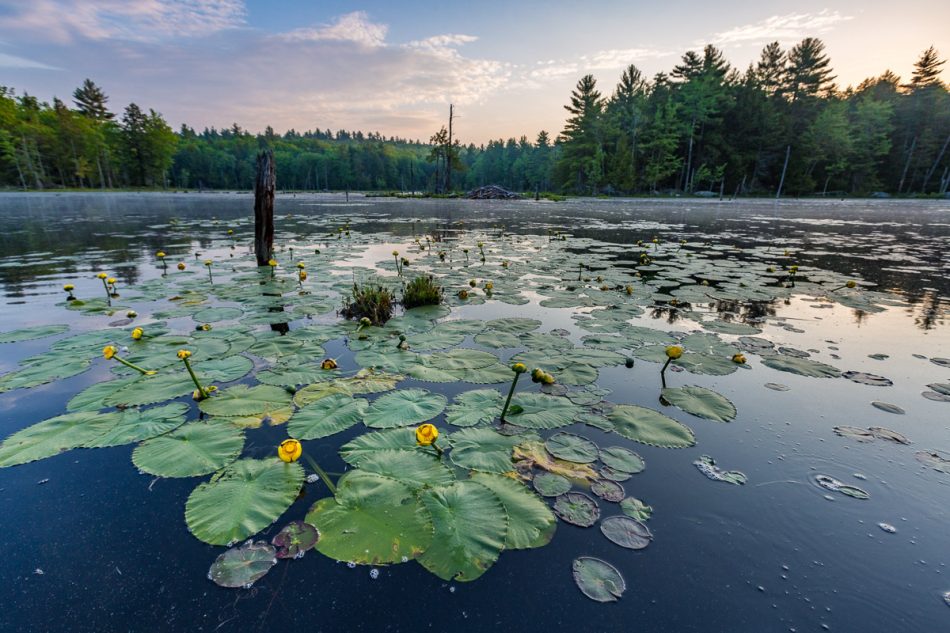 Water lilies on a beaver pond in the Stonehouse Forest.

I relish working on conservation projects close to home and I’ve had a some good ones presented to me over the last couple of years. Since last fall I’ve been working on what will be the biggest land acquisition in the history of the Southeast Land Trust of New Hampshire (SELT). Back in 2008, I photographed Stonehouse Pond in Barrington, NH as it was being protected by SELT with help from The Trust for Public Land. Last year, SELT reached an agreement to acquire an additional 1500 acres of undeveloped forests that abut the Stonehouse Pond preserve. 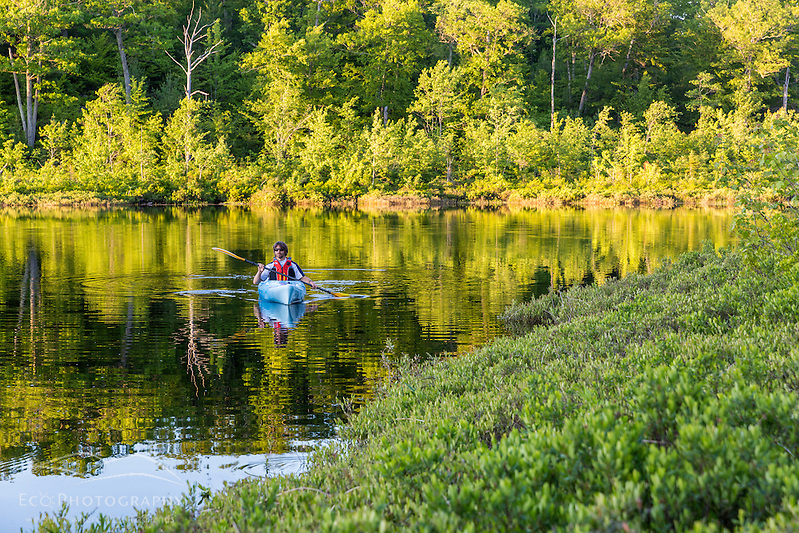 This was one of the biggest chunks of unprotected and undeveloped land in southeastern NH and it’s home to bear, bobcat, beaver, and a host of other critters. The reason for the forest’s undeveloped nature has an interesting backstory. In the 1990’s, a group of investors purchased 52 separate contiguous parcels of land to create what they planned to be a private hunting preserve. Part of their plan was to release exotic game onto the property, which they never did and eventually they had to abandon their plan because it was very unlikely to receive approval from the state. Except for a system of well-graded dirt roads, the property has remained undeveloped every since. 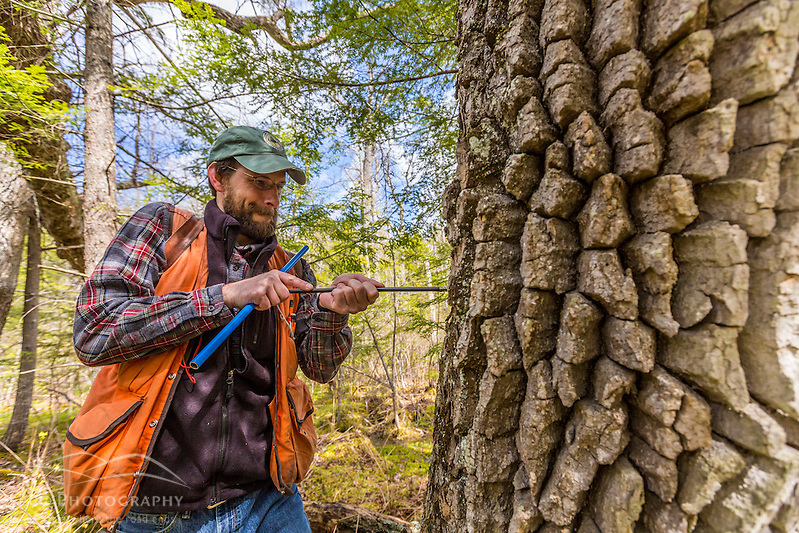 A forestry grad student (Michael Simmons) takes a core sample from a black gum tree (tupelo), Nyssa sylvatica. The core was later examined under a microscope to estimate the age of the tree at 450 years. Barrington, New Hampshire. (Jerry and Marcy Monkman)

There are several black gum swamps on the property with some pretty old trees – of the half dozen trees sampled by scientists, the oldest is approximately 450 years old. In addition to protecting some great wetlands and forests, this property will prove a great place for human-powered recreation, especially hiking, mountain biking, cross country skiing and snowshoeing. 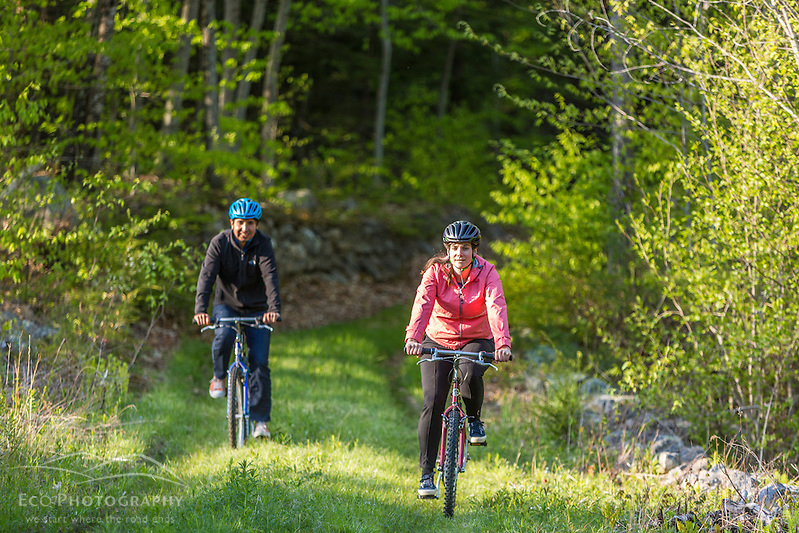 A couple mountain biking on a forest trail near Stonehouse Pond in Barrington, New Hampshire. (Jerry and Marcy Monkman)

A girl on the edge of Round Pond in winter waiting for the sunrise. Barrington, New Hampshire. (Jerry and Marcy Monkman) 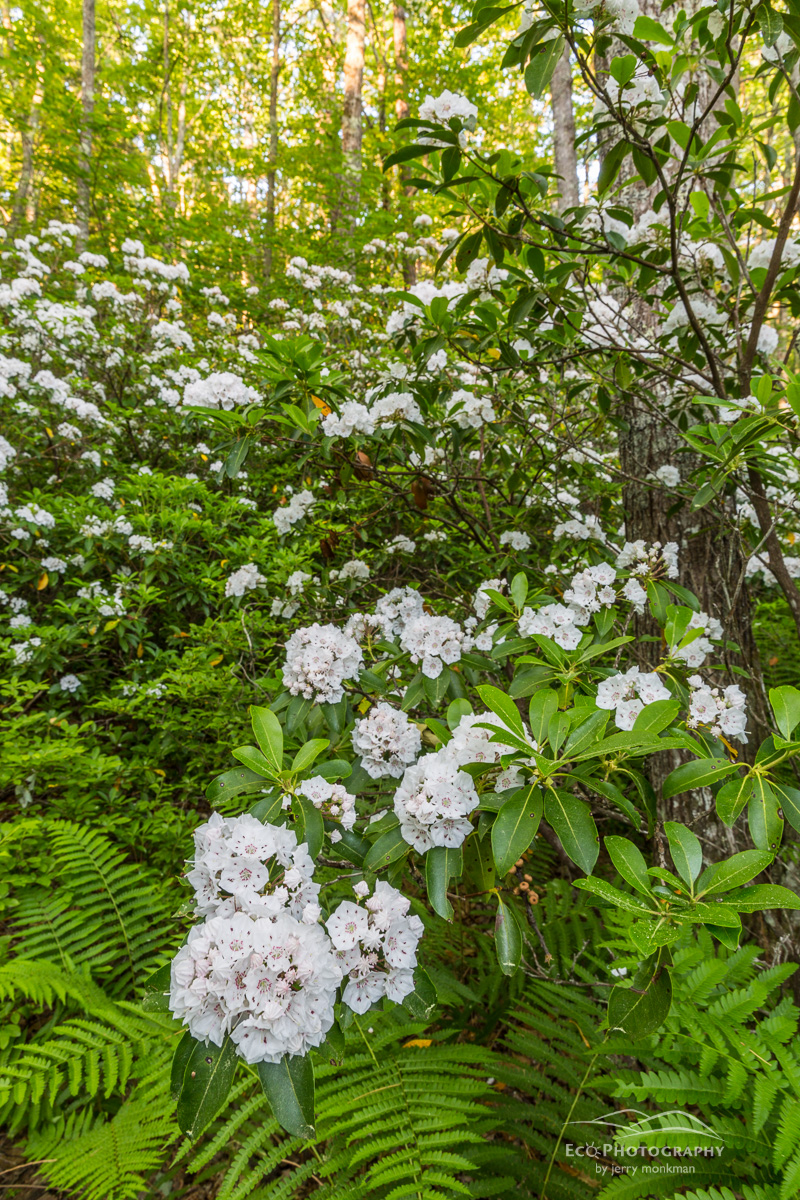 Mountain laurel nears it’s northern limit in southern New Hampshire and there is a great grove of this showy shrub in the Stonehouse Forest. 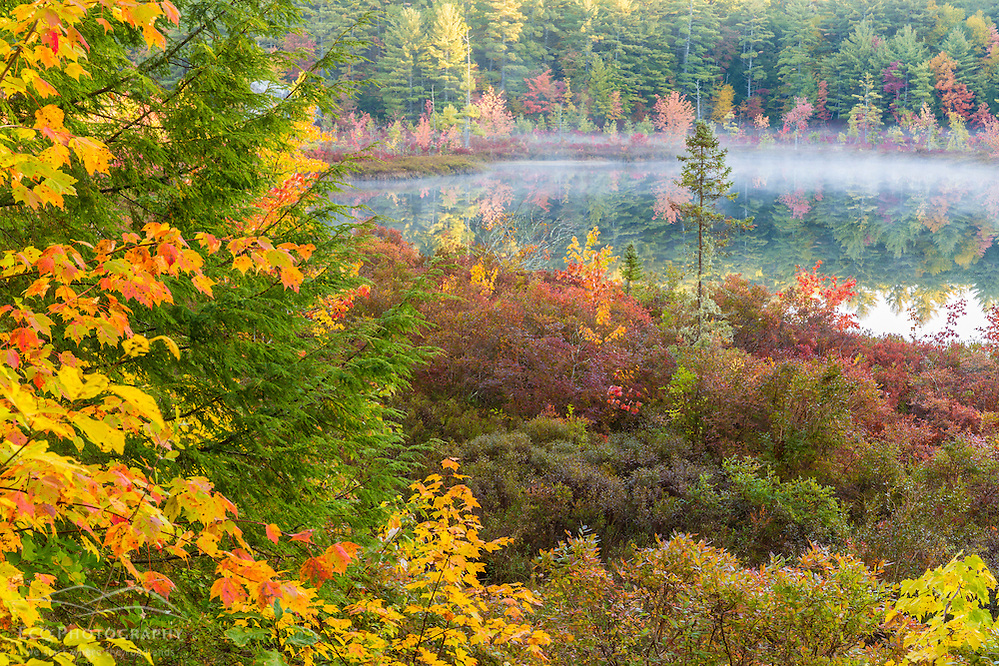 Fall colors in the bog surrounding Round Pond in Barrington, New Hampshire. (Jerry and Marcy Monkman)

For more information about this project, you can check out this press release on the SELT web site.

2 thoughts on “The Stonehouse Forest: A Conservation Photo Project Close to Home.”