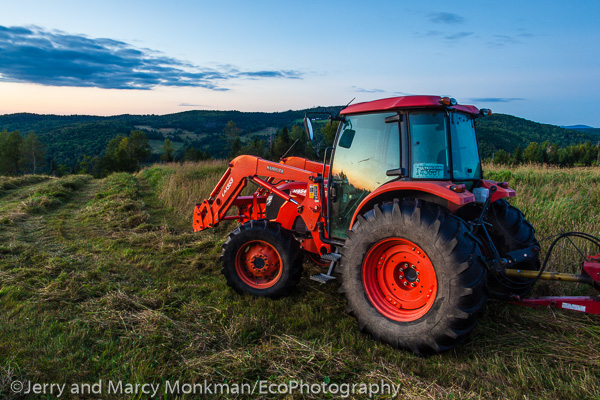 Tractor and view of McAllaster Farm.

On Monday, I introduced you to Lynne Placey in Stewartstown, who eloquently explained that holding on to land that has been in her family for generations was more important than any amount of money that could be offered to her by Northern Pass. Just down the road from Lynne is the McAllaster Farm, where Rod McAllaster owns a diary farm that has been in the family for four generations. Rod’s hill farm is one of the last dairy farms in the region, and he continues to farm despite difficult economic conditions because it’s in his blood and he loves the farm life.

Last year, he was offered $4 million dollars to sell his 900 acre farm to Northern Pass, but he couldn’t do it. His connection to the land is too deep and he wants to stay there for the rest of his life. He also realizes that many of his neighbors feel the same way and don’t won’t to live next to a high voltage power line, so he sold a conservation easement on his farm to the Society for the Protection of New Hampshire Forests for under $900,000 with the hope that Northern Pass will not be able to proceed through Stewartstown without his land. 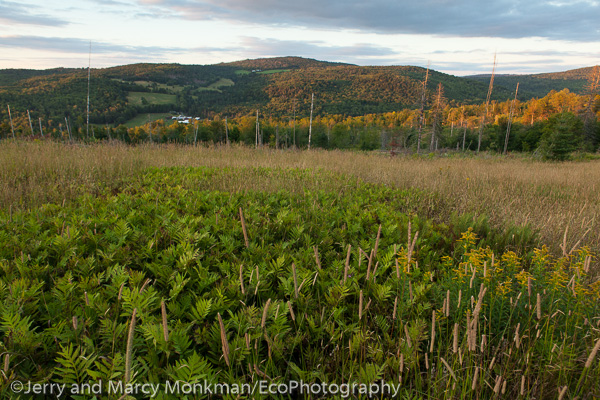 Giving up more than $3 million to protect a way of life for you and your neighbors takes a lot of guts, particularly in Coos County, New Hampshire, where money is never easy to come by. Stories like Rod’s give me the inspiration to continue working to protect the wide swath of the New Hampshire landscape that is at risk due to Northern Pass.

To help me compel decision makers to stop Northern Pass, please pledge to my my Kickstarter campaign to fund The Power of Place by May 16th. Thank you!