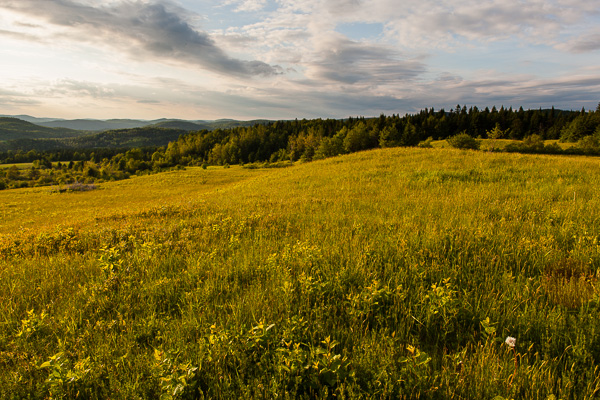 When Northern Pass opposition first started organizing in late 2010, many perceived them as Not In My Backyard types, or NIMBY’s, because they were thwarting the progress of a big project that affected them personally. While I believe that in some cases, individuals may have to give something up for the public good, the public good associated with Northern Pass is minimal in many people’s opinion. In my opinion, the public will be irreparably harmed by this project because of the scar it will leave on a large swath of the New Hampshire landscape.

But even if there is ample public benefit to a project, does that mean we should ignore the attachment to a place of those individuals in the path of progress. In the case of many opposing Northern Pass, they are fighting to maintain the integrity of places they love -places that have been a part of their family’s heritage for 50, 100, 150 years. Northern Pass would be happy to pay these people to pull up their roots and move out of their way, but these are places that people relate to on a daily basis and rely on for their well-being, peace of mind, and a connection to their own history.

Here’s an interview I shot with one such person in 2012, Lynne Placey of Stewartstown, New Hampshire:
I challenge our government and Northern Pass to listen to the stories of the people in the path of the right of way, as well as consider the millions of people who don’t live near Northern Pass, but feel a connection to these places from visits they have made with their families and friends over the last several decades.

Please pledge to The Power of Place by May 16th to help me tell this story. Thank You!