The Power of Place – Random Thoughts about Northern Pass 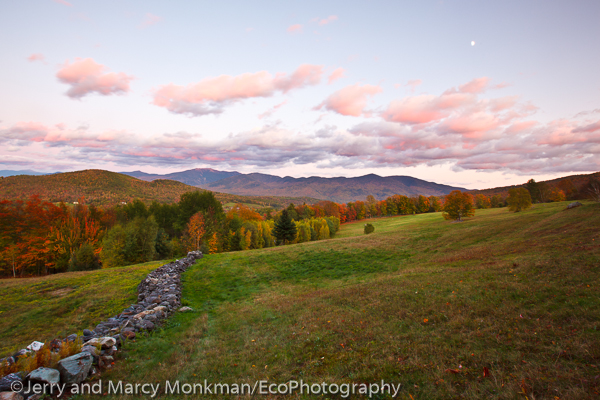 A stone wall in a hay field in Sugar Hill, New Hampshire. The Franconia Range in the White Mountains is in the distance. Sunset.

The above photo from Sugar Hill, New Hampshire represents what I believe people expect to see when they venture into northern New Hampshire. Sugar Hill is one of the majority of Northern Pass towns and villages that have voted to oppose the project. If you’ve been here to photograph the lupine fields in bloom in June, you know how spectacular a view it is and should think about opposing Northern Pass too. 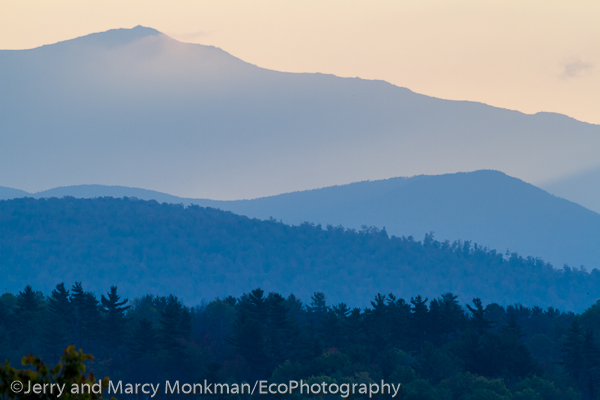 Do you believe this photo of Mount Jefferson would be better with high-voltage power lines and towers running across the bottom of the frame? I didn’t think so. 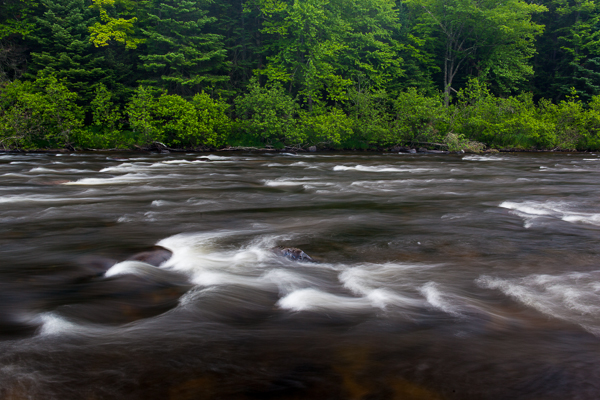 The Connecticut River in Pittsburg, New Hampshire where Northern Pass may be coming across the border from Canada.

The Connecticut River, New England’s longest at 410 miles,  just a few yards from the Canadian border in Pittsburg. The rapids of the upper Connecticut are prized by trout fisherman, but it sure would be different to fish at this spot with the crackle of 300 kilo-volts of electricity right above you. 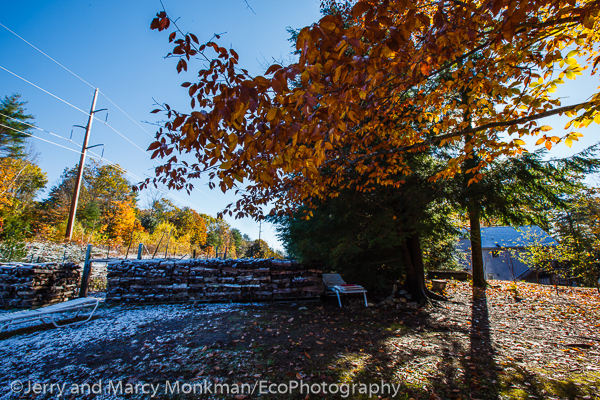 The current PSNH right of way near a home in Deerfield, New Hampshire.

Northern Pass plans to add an additional line of towers to this right of way in Deerfield. The current wooden poles are about 50 feet high and carry 115 kv electricity. The new steel towers will be 130 feet high, carry 345 kV of electricity and will be closer to this home. Must be good for property values, not to mention the health hazard for families with children.

I’ll be telling these and other stories in my film, The Power of Place. If you want to support the arts and conservation (and get a cool reward in the process) please pledge to my Kickstarter campaign today.