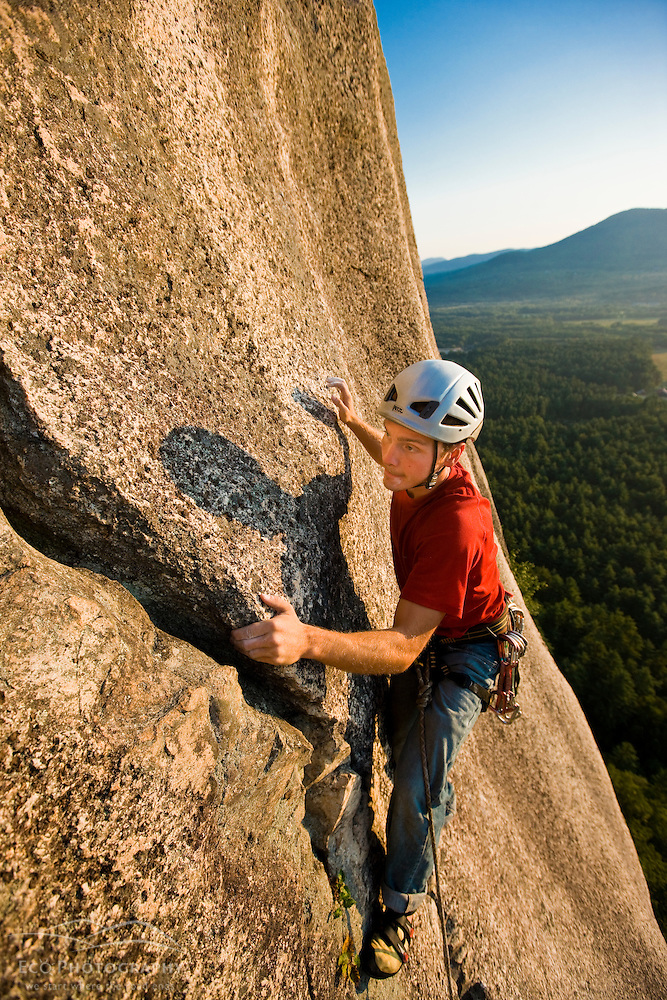 Twenty years ago, before I had the bug that drives me to be a professional outdoor photographer, I worked in a Nature Company store in a mall in Massachusetts.  As awful as working in the mall was, this 8-month gig had a big impact on my life, as I met Galen Rowell and discovered the world of adventure and nature photography.  One memory from that job was a comment I overheard one of our regular customers make to my manager one day.  This guy was a bird photographer (I’ll call him Fred,) and actually he was pretty good at shooting birds.  After showing off what seemed like hundreds of bird portraits, he brought up the photography of Galen Rowell, who many consider one of the greatest adventure photographers of the 20th century.  Fred commented that while Galen’s pictures were nice, they weren’t that great because anyone in that location with that subject matter and light would have made a great photo.  Even though I hardly ever took up a camera at that point in my life, I knew Fred’s comment was about as far from reality as possible (actually, I think I muttered something about Fred being an F*&?# idiot, but I digress.)  In my mind, until Fred actually endeavored to take the kind of photos that Galen Rowell accomplished, he would never understand what goes in to making a transcendent landscape or adventure photo.  There’s a certain quality of mood, emotion, and unique beauty that the great ones can create that the rest of us will never achieve even if we put or tripods in the same place. 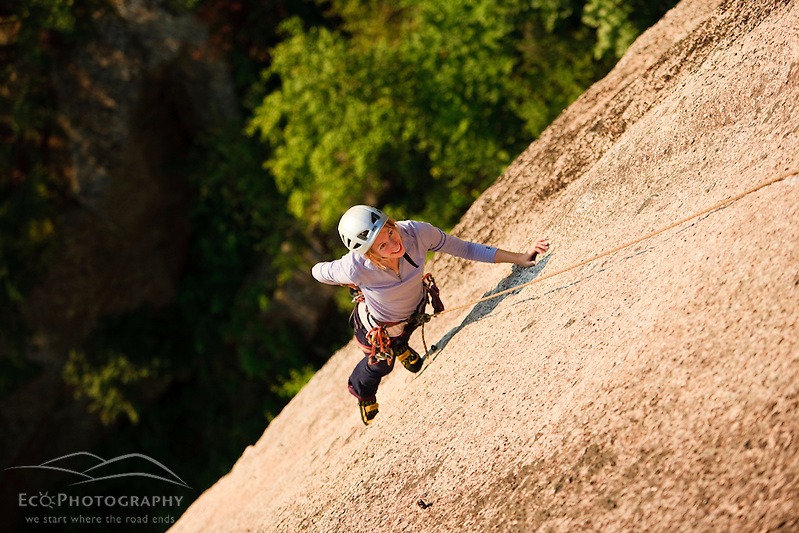 I was reminded of Fred’s comment this morning, as I was in the middle of shooting rock climbers on Cathedral Ledge in New Hampshire’s White Mountains.  Except for a day of shooting a couple of guys climbing boulders in Pawtuckaway State Park, I had never photographed rock climbing before, and had in fact never tried the sport myself.  In preparation for today’s shoot, I bought a copy of the Climbing Magazine photo annual and looked at the images, thinking “Gee, these are no big deal – I could have taken these shots if I were up on that rock.”  Of course, I’m as big an idiot as Fred for thinking that.  A great fashion photographer doesn’t go to the World Series, sit in the pit with two dozen photographers, and make photos that match the best of the sports shooters.  Not the first time anyway.  To really shoot a certain type of photography well, you have to do it on a regular basis and be immersed in it, understand the story behind the action and the minds of the participants.  An accomplished photographer can translate some skills immediately, which I think I was able to do with these climbing photos, but to be a master takes time, effort, and passion for the subject. 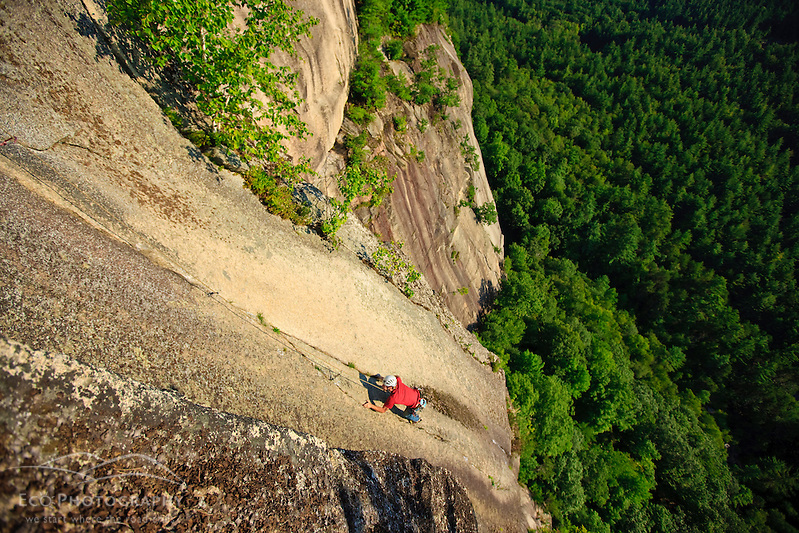 The hardest part for me on this shoot was that first step over the edge.  As I mentioned, I’ve never climbed rock before (I once climbed a wall of ice on a glacier in Alaska, but that’s a distant memory, and honestly I sucked at it.)  There were a few seconds before heading over the edge that I considered backing out, but a few deep breaths later and I stepped over and worked my way down about 20 feet or so.  I have WAY more respect for climbing photographers now.  Dealing with 20+ pounds of camera gear while hanging from a rope is harder than I thought.  Another big challenge is framing the photos.  If you don’t like your perspective and need to move over ten feet or so, it takes a lot of work.  Thankfully, my guides (and models), Beckett and Shawna of International Mountain Climbing School in North Conway were real pros and had me working comfortably in no time.

I had a great time with this shoot (which only lasted about 3 hours,) and I’m hoping to try my skill at this again soon.

If you’re unfamiliar with Galen Rowell’s work, you should definitely check it out at http://mountainlight.com/.

And if you want a good climbing guide, check out the International Mountain Climbing School in North Conway, NH.