Seeing the Familiar through Fresh Eyes. 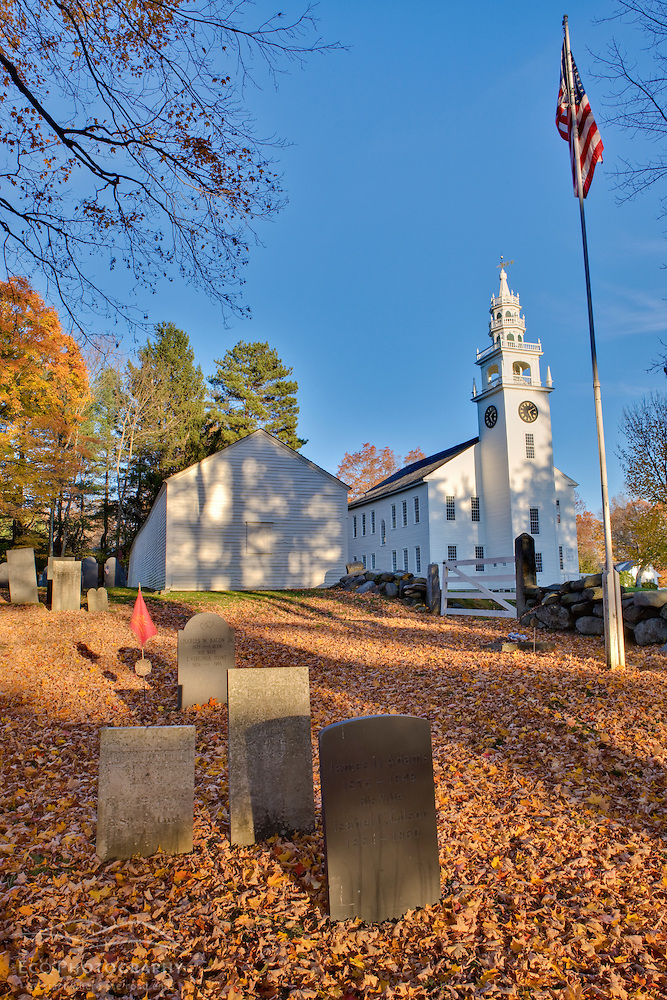 Marcy and I have lived in New England for more than 20 years now, and while I brag about the beauty of our region whenever I talk to residents and non-residents alike, I realized this past week that I am definitely taking some things for granted.  Almost everywhere you look in New England, you can find beautiful historic architecture and/or rural New England charm.  Most of my photographic work is away from civilization, but I do occasionally shoot the old church, meetinghouse, or lighthouse from time to time when it’s convenient or assigned by a client.  What I had forgotten was how common these classic New England scenes are and how unique they are to our region.  Last week, I taught a photo workshop in western New Hampshire and about half of my students were from places like Texas and California, and it was great to see their enthusiasm for places like Jaffrey Center, Harrisville, or Grafton, Vermont.  Obviously, I believed these locations were special because I took my class there, but my groups’ excitement in these towns reminded me just how fortunate we are to live and work in such beautiful communities.  Even though we had lousy looking snow and light most of the week, I am now inspired to see New England through a visitor’s eyes – thanks class! 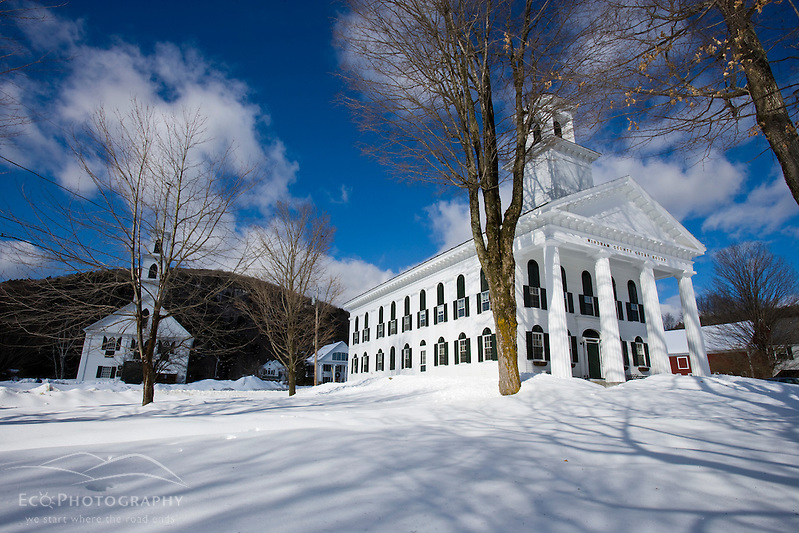 One of our stops during the week was in Newfane, Vermont, another example of the classic New England village.  It was the fifth or sixth time I’ve been there with a camera, and instead of shooting away, I just enjoyed a cup of tea outside the courthouse as it was sunny and one of the warmest days of the year.  I often do this, and I tell my students that it can actually improve their photography if they sit down and and drink a cup of coffee (or tea or lemonade or Coke) instead of shooting immediately.  Unless the light or action requires immediate action, I believe I’m better off relaxing for a while and watching, letting my brain soak in the scene to the point where I really begin to “see”.  In this case, I had photographed this beautiful courthouse from all of the standard angles from the street and just off to the side from the lawn, but before I drank that cup of tea, I hadn’t noticed this shot from next to the front door, the sun shining past the neo-classical pillars and the American flag.  It’s the only shot I made that day and my favorite of the week.  So now you have my permission to take a break, have a cup of joe, and see something in a new light.