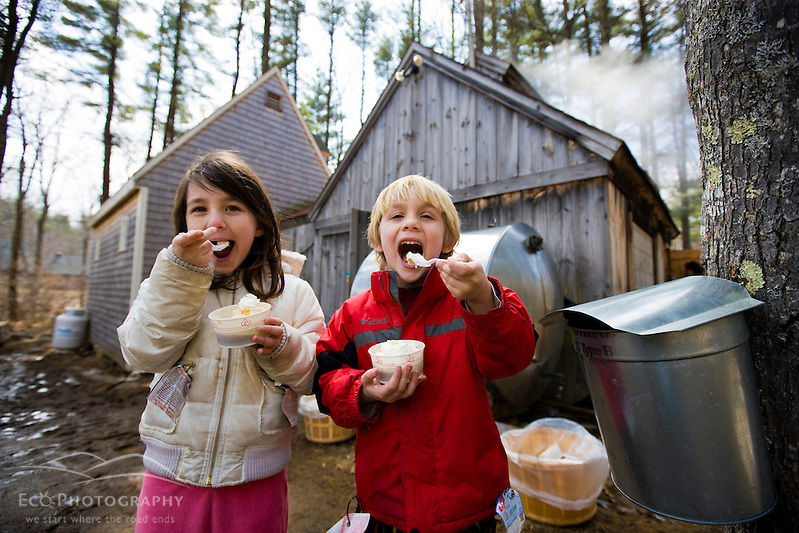 The maple sap has been running for a few weeks now in northern New England.  Unfortunately, other work has kept me from shooting the whole experience much this year, but I did get out on Saturday with Quinn and Acadia.  We went out to Chester, New Hampshire to check out Folsom’s Sugar House and sample a little fresh syrup.  It was the New Hampshire Maple Producer’s open house weekend, so the place was hopping and the Folsom’s were busy giving tours of the sugar house, selling maple products and dishing out sundaes.

I was worried the kids might get bored after the sundaes were gone, but they really got in the photo spirit, shooting the sugaring operation inside and out and later downloading the pics to their Google Picasa collections and e-mailing photo collages to their grandparents.  They made their photographer daddy proud! 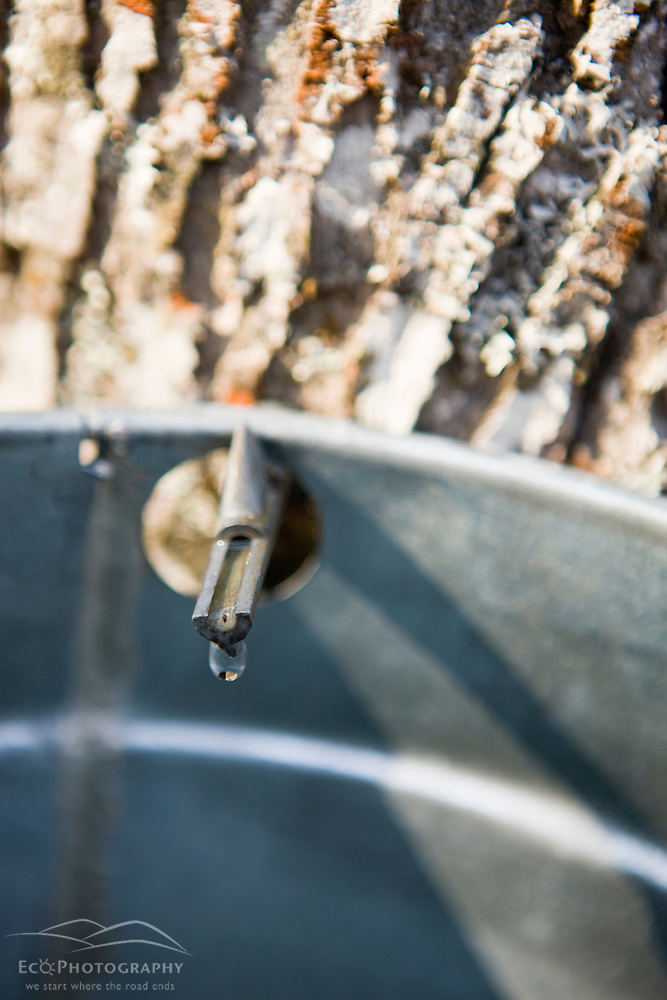 Sap drips from a sugar maple into a sap bucket at Folsom’s Sugar House in Chester, New Hampshire. (Jerry and Marcy Monkman)