Photo Trip to Appledore Island with the Shoals Marine Lab 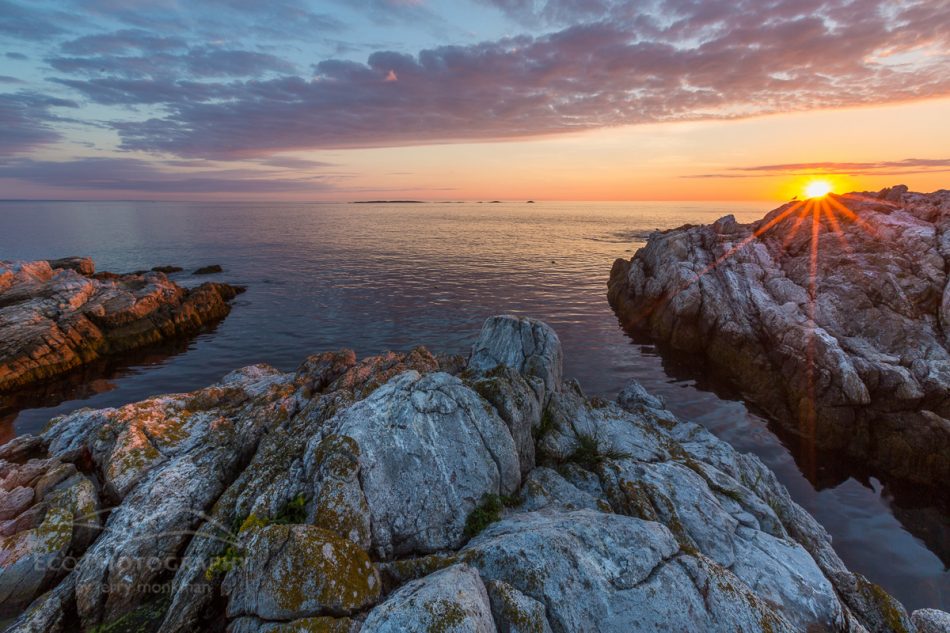 I’m just returning from five days on Appledore Island, where I was one of three leaders of a workshop titled Seascapes and Landscapes , hosted by the Shoals Marine Lab. Appledore is one of the Isles of Shoals, a group of nine islands situated about 6 miles east of the mouth of the Piscataqua River on the Maine/New Hampshire border. My co-leaders were artists Wendy Turner and Hannah Phelps and it was an honor to work them. Wendy and Hannah are following in the tradition of a long line of painters who have created on Appledore since the mid-19th century. The most well-known of those artists is American impressionist Childe Hassam, who painted more than 300 works on the islands between the 1880’s and 1912. The Peabody-Essex Museum in Salem, MA, currently has an exhibit of his work from Appledore that is well worth a visit. Hannah’s work is currently on display at the Lobby for the Arts at the Provident Bank in Hampton, NH, and the Discover Portsmouth Center is currently showing a retrospective of Wendy’s work, titled Island Light. 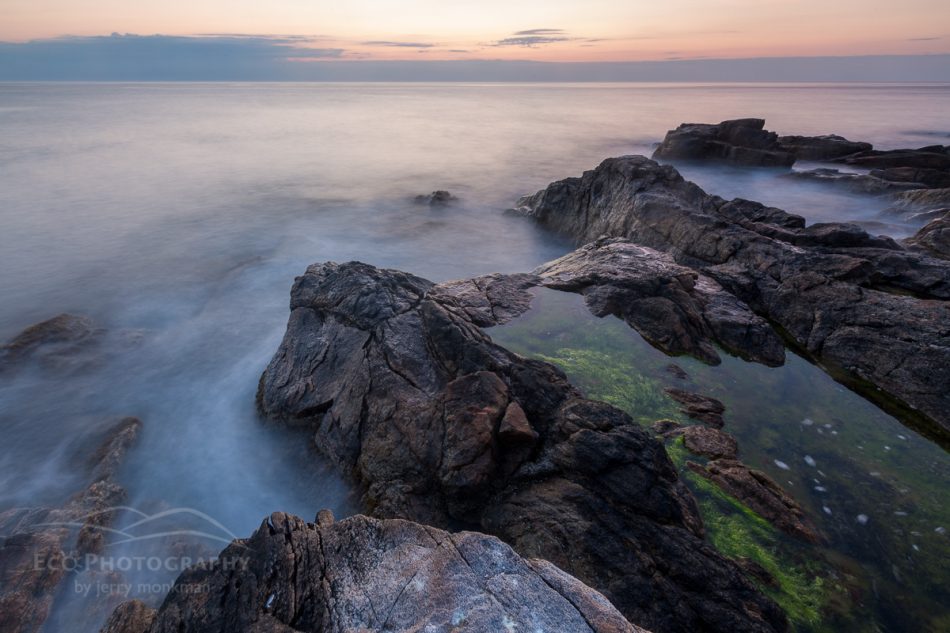 Headlands at dawn on Appledore Island, Maine. Isles of Shoals.

The Shoals Marine Lab has been offering students the opportunity to conduct field studies in marine science during the summer for fifty years. It’s an amazing facility that is unique in its focus on undergrads and high-school students. Most similar labs only work with grad students. Our arts programs was one of several programs open to the general public over the course of the summer. 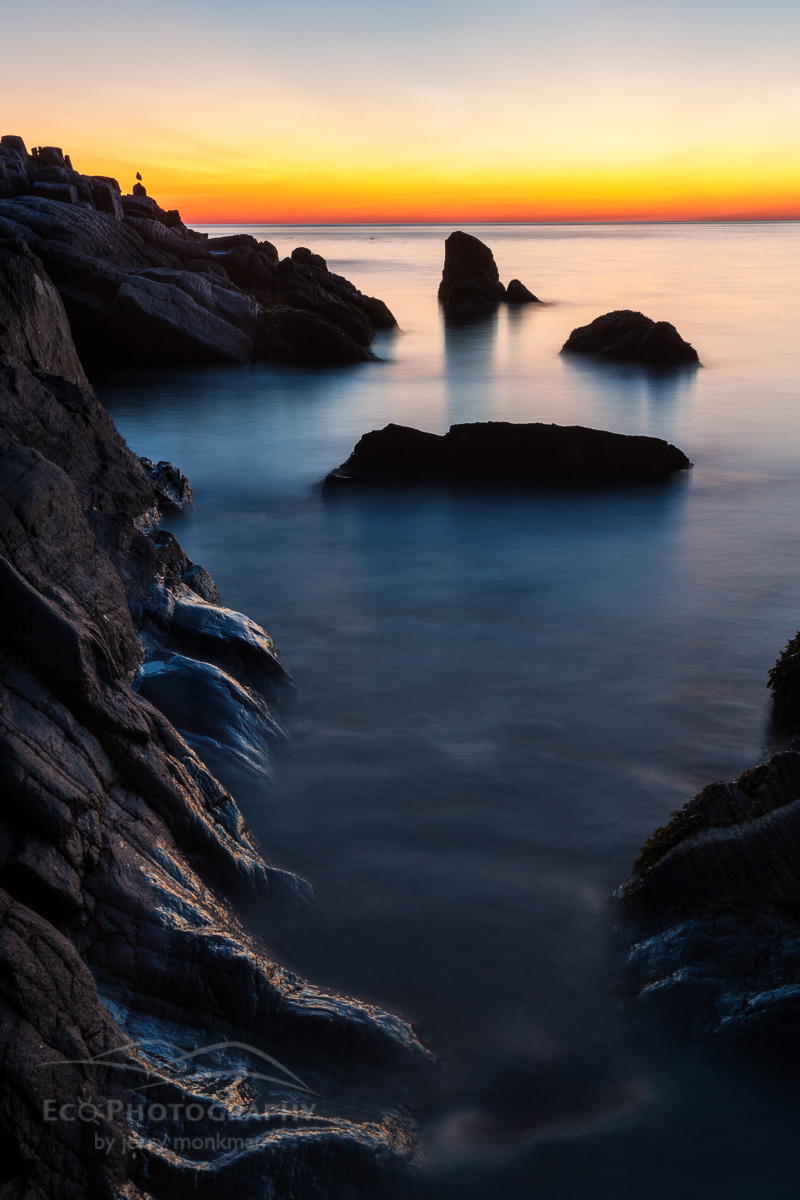 I’m grateful to have been offered the opportunity to teach alongside such talented artists in such a beautiful landscape. And I had some great students too! The island is less than 100 acres in size, but full of interesting rock features on the shoreline that make for an infinite array of compositions. The island was home to a grand hotel from the mid-19th century until 1914, which possibly explains why a small place such as this is peppered with named land features such as the Devil’s Dance Floor, Siren’s Cove, and Broadway and 42nd. 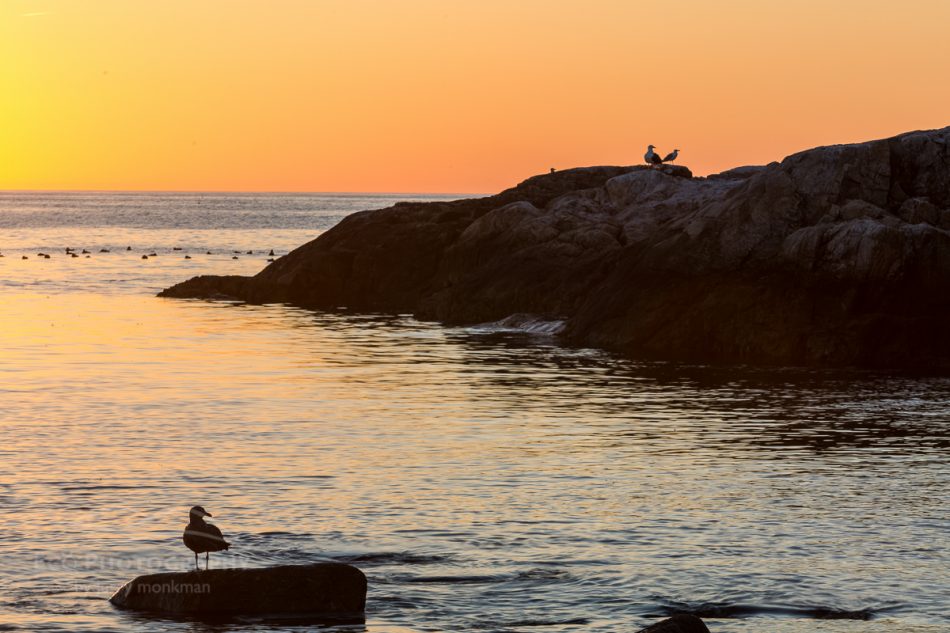 I had to finish this post with a photo of herring gulls. Hundreds of gulls nest on this island and they are a constant presence. About the only time they are quiet is from 10 pm to 4 am. Those morning calls helped get us up for our sunrise shoots! Thankfully, we were on the island after nesting season so the gulls were less aggressive than when they are raising their chicks, making it more pleasant to walk the rock ledges in search of photos.

I’m already looking forward to a return trip to this beautiful place.