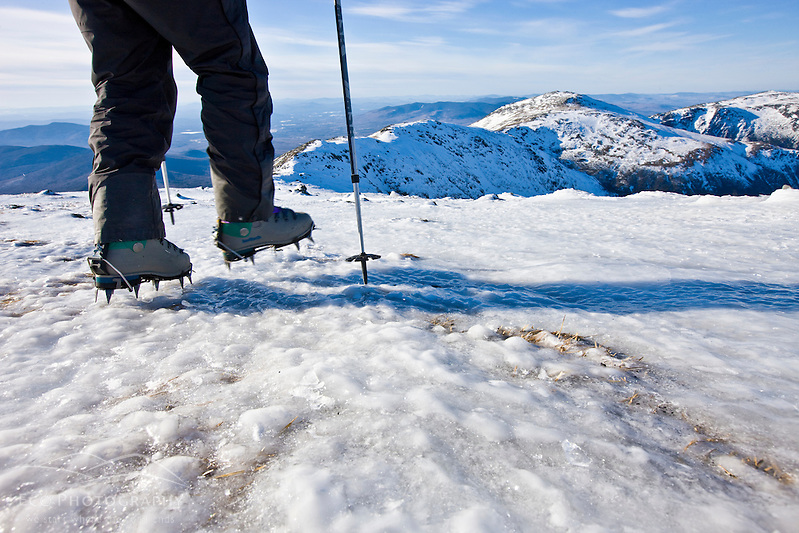 This past weekend, Marcy and I led a photography “EduTrip” to the summit of New Hampshire’s White Mountains on behalf of the Mount Washington Observatory. The observatory is a private, non-profit scientific and educational institution, with the mission “to advance understanding of the natural systems that create the Earth’s weather and climate, by maintaining its mountaintop weather station, conducting research and educational programs and interpreting the heritage of the Mount Washington region.”  Our trip was one of those educational programs, as we led nine participants in experiencing the challenges of photography on the summit of the mountain that is home to the “World’s Worst Weather.” 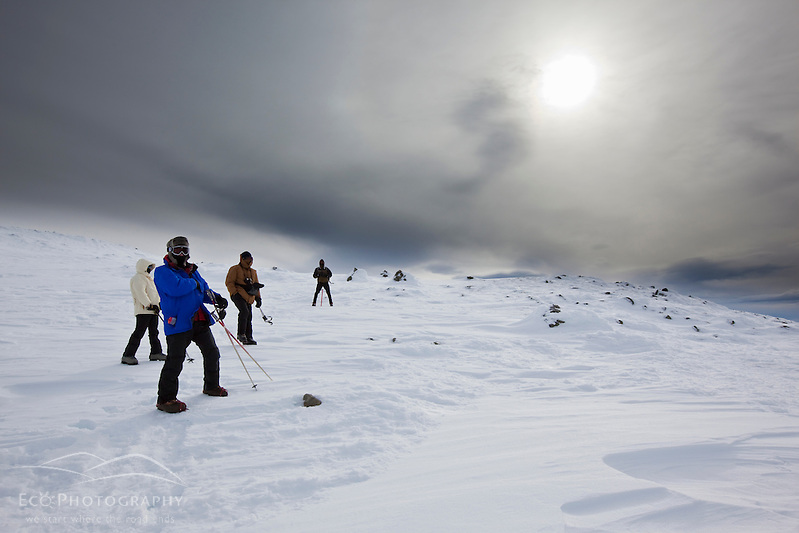 As you can see from the above two photos, we definitely did not experience the world’s worst weather, though we did get to walk around in some 50 mph winds, -20 windchill, and whiteout conditions as snow fell during the second day of the trip.

EduTrips are winter workshops to the summit of Mount Washington.  They involve a ride in a comfy snowcat and a one-night stay in the observatory staff’s living quarters on the summit.  In addition to the chance to experience the winds and cold on the summit in a  relatively safe situation, Edutrip participants also have the chance to learn about the observatory and it’s instruments from the meteorologists on duty.  These trips are a once-in-a-lifetime experience and they almost always sell out early.

Winds on our trip topped out around 70 mph, well below the world record of 231 mph, recorded here in 1932.  Still, with the wind blowing that hard and snow blowing sideways, it is almost impossible to move around and photograph outdoors, though many brave members of the trip took their cameras out anyway – hey you only live once!  The trip down in the snowcat was a little dicey as the visibility hit zero at times.  In fact, for part of the trip, the driver had me walk in front of the vehicle so that he could find the road.  Even on foot, there were moments where I could not see where to step next.  Thanks to the skills of our experienced driver, Gus, we made it down safely in just under 2 hours.

For more info about the Mount Washington Observatory, click here.