Winter sunset from a hill farm in Stewartstown, New Hampshire.

I’m in northern New Hampshire filming some new footage so I can put together a short Northern Pass update video. Much has transpired since The Power of Place (now available to watch for free here) was released a year ago and I want to make sure people understand what has and hasn’t changed. I’ll get to most of those changes in the video (hopefully to be released in April), but the biggest change is Northern Pass’s proposal to bury much more of the line than was mentioned in the film. Strong opposition in places like Stewartstown (above) and the White Mountains region has forced Northern Pass to try and appease opponents by burying 8 miles up in and around Stewartstown, and now an additional 52 miles in the White Mountains, thereby bypassing the originally planned crossing of the Appalachian Trail. I take this as a positive step, but more than two thirds of the project as currently proposed will still require towers up to 135 feet tall traversing some beautiful and wild terrain. While the hill farm in the above photo is no longer at risk (thanks to the land’s purchase by The Society for the Protection of NH Forests,) many similar scenes in northern Coos County still are, including views near Coleman State Park and Nash Stream State Forest. 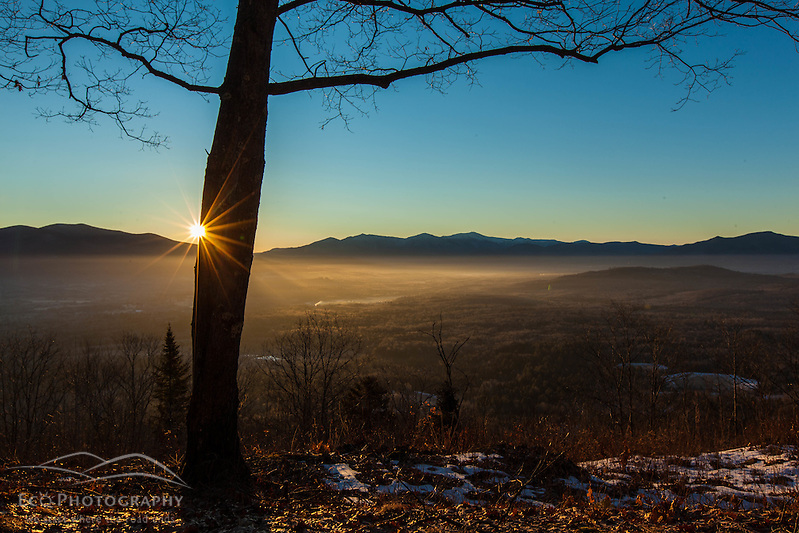 I made the above photo this morning in Weeks State Park in Lancaster, one place where views of the Presidential Range will still be impacted by Northern Pass (the towers would run across roughly the middle of this scene.) I find it ironic that while burying part of the line around the Whites, Northern Pass will still be visible here, the former home of John Wingate Weeks, the US Senator who wrote and lobbied for the Weeks Act, which established the White Mountain National Forest more than a century ago, thereby insuring the forest, wildlife, and scenery of the Whites for future generations, and preserving the region’s largest economic engine.

Next month, the State of New Hampshire’s Site Evaluation Committee will be holding public hearings across the state where you can publicly comment on the Northern Pass proposed route. A listing of these hearings can be found on the Forest Society’s website: https://www.forestsociety.org/blog-post/public-hearings-northern-pass-set-march

I’ll let you know when the new update film is ready.