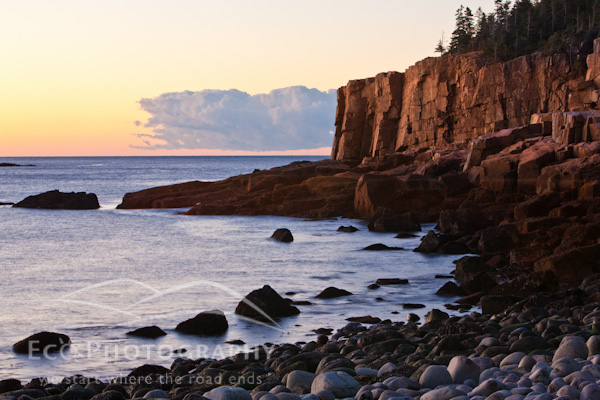 I recently led two fall foliage workshops, one in Acadia National Park and one in the White Mountains.  Both trips featured some good foliage (though Acadia was definitely pre-peak), but while I’m sure the fall colors were a major impetus for signing up, I love the fact that in both workshops we rarely talked about fall color.  My students didn’t dwell on the weather or questions like “is this a good foliage year?” or “did we miss peak?”, but instead really concentrated on exploring their vision, learning their craft, and generally enjoying themselves in beautiful places with a good group of people. I’ve been leading workshops for 7 or 8 years now, and I have really come to enjoy the camaraderie that occurs during these trips as well as seeing my students’ eyes light up with excitement as they get the hang of techniques or theories I have presented in lectures.  It’s great to watch a photographer’s work improve, even over the course of a short three day workshop and I hope I never get bored with that. 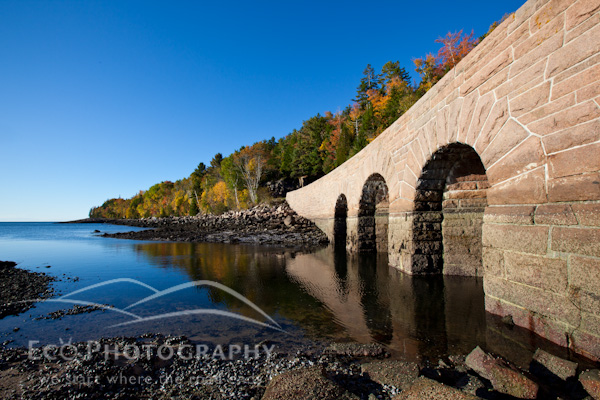 I like to shoot a little too during my workshops.  I know there’s debate in the photo workshop community about this.  I’ve tried it both ways, and I’ve come to believe it is actually helpful to my students if I shoot a little.  The trips I lead are to places where I’ve shot a ton before, so I’m not constantly shooting and I still have the time to pay plenty of attention to my students.  I know some of my students actually learn from watching me shoot, from how I approach a composition to the technical details of using my gear.  And at critique time, they are always asking to see what I shot.  I think we all learn a lot from seeing what others see and shoot in the same location. 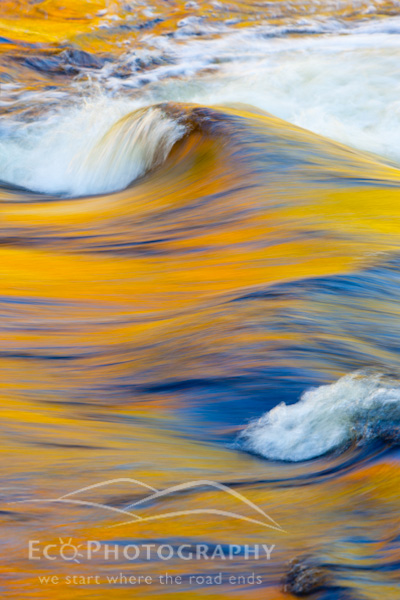 Most of the time on these trips, I tend to mix in visits to iconic locations (like Otter Cliffs in Acadia), with less visited locations because I think this gives students a chance to create a mix of images that best describe both the big landscape and the smaller details of a place. I always bring my students to locations that I’ve shot at least a couple of times before. By doing this, I’m confident there will be something worth shooting for the class. I can’t imagine bring a group to a place I hadn’t been before and then sitting there wondering what the heck we should be shooting.  I’m also able to devote more time to my students because I’m not distracted by the urge to photograph in a new place.  Of course, sometimes inspiration does overwhelm me.  During my White Mountains workshop, we stopped at Lower Falls on the Swift River, a place I’ve made several nice fall photos in the past.  It was mid-day, so I didn’t plan on really getting anything better than what I had already shot there, but when I walked down to the river and saw the rich reflections in the above image, I had to go back to the van and grab my camera.  The water was higher than usual because of heavy rains the day before, and the curl of the standing wave in the heart of the most saturated colors really impressed me and reminded that there are always new photos in familiar places if you look hard enough. (By the way, photos like this one work best when the water is in the shade and the opposite bank of trees is in direct sunlight.)

On another note, the fall color is still really nice here in southern New Hampshire and other parts of southern New England.  I made the drive between here and Newport, RI two days ago and the color was great the whole way.  So there’s still time to get out and get some nice fall photos.  If you’ve had trouble capturing fall colors the way you see them, try using a polarizer – I posted some examples of this on the Outdoor Photographer blog here: http://www.outdoorphotographer.com/blog/jerry-monkman/2010/10/polarize-fall-foliage.html

Talking about conservation photography on some podcasts.