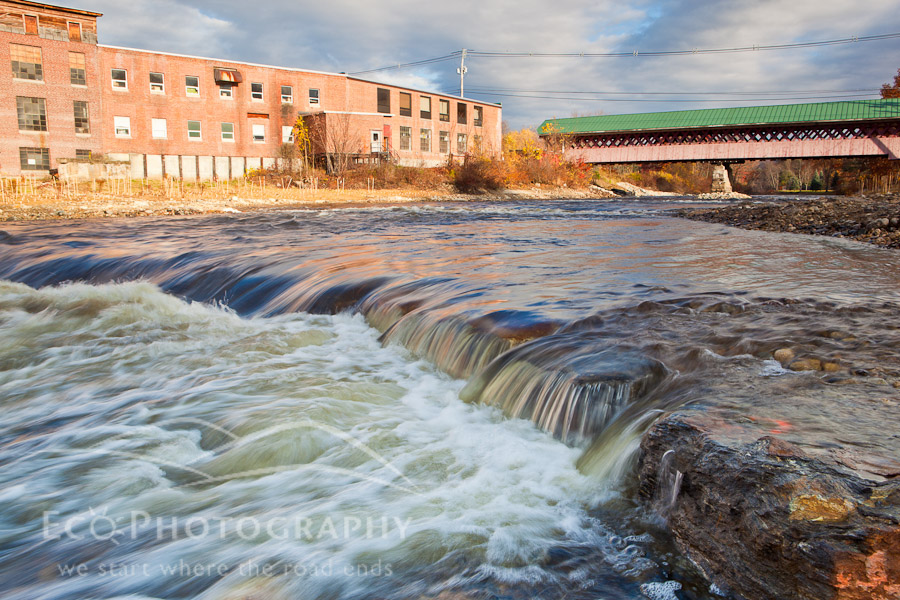 For those of you who follow my blog, you know that I completed an extensive photography project about the Connecticut River wastershed in 2008 and put together a short film earlier this year, The Connecticut River: Partnership for Conservation. As part of that project I photographed mussel research on the Ashuelot River, a tributary of the Connecticut in southwestern New Hampshire. Part of that research focused on the dwarf wedge mussel, a small nondescript species that is federally listed as an endangered species that is found in only a few rivers that are primarily in the Connecticut River watershed. The mussels require free-flowing streams, both to insure proper habitat and to provide a way for the mussel larva’s host species, a small fish called the tessellated darter, to travel from one part of a river to another.

The main deterrents to movement of these fish are dams and culverts, and the Ashuelot is home to several dams, which prevent the movement of fish and therefore the spread of species like the dwarf wedge mussel. Many of the 2000-plus dams in the Connecticut River watershed are relics of the industrial revolution and serve no economic purpose today.  When feasible, groups like the Nature Conservancy and the Connecticut River Watershed Council work with dam owners, and state and federal agencies to dismantle these old dams.  This September saw the removal of one such dam, The Homestead Woolen Mill Dam in West Swanzey, New Hampshire, which opened up 20+ miles of the Ashuelot River.  I photographed the dam before, during, and after its dismantling and created the below video which features interviews with Deborah Loiselle, River Restoration Coordinator for NH DES, and Eric Derleth of the US Fish and Wildlife Service.

Let me know what you think.