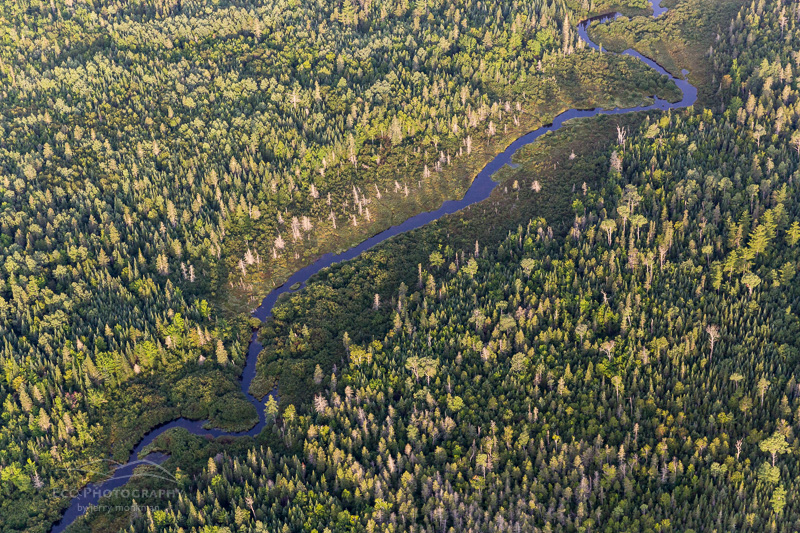 Wytipitlock Stream from the air above Reed Plantation in Reed, Maine.

I have photographed many working forests in northern New England over the years. They are usually large properties in the thousands of acres, that have traditionally been used primarily for the value of the timber found there. Some of these properties are used for recreation as well – fishing, hunting, snowmobiling, camping, hiking, etc. And because they are managed to grow trees, they tend to stay free of development, making them important wildlife habitat that also provides jobs to local foresters, loggers, and outdoor guides.

In August, I photographed one of the larger working forest properties I’ve worked on – the 32,400 acre Reed Forest in northern Maine, which was recently conserved by The Conservation Fund. This forest was a challenge to shoot as it was very flat and devoid of any major ponds and lakes, so there were few easily accessible vistas (the one exception was a spot on the Mattawamkeag River, pictured below.) There were a few wetlands and small streams, but the logging roads in the area mostly avoided them, and there are no hiking trails to speak of on the property. Thankfully, we were able to hire a pilot out of Millinocket to fly me over the property one morning during the three day shoot and that gave me the opportunity to get some shots that best described the property. 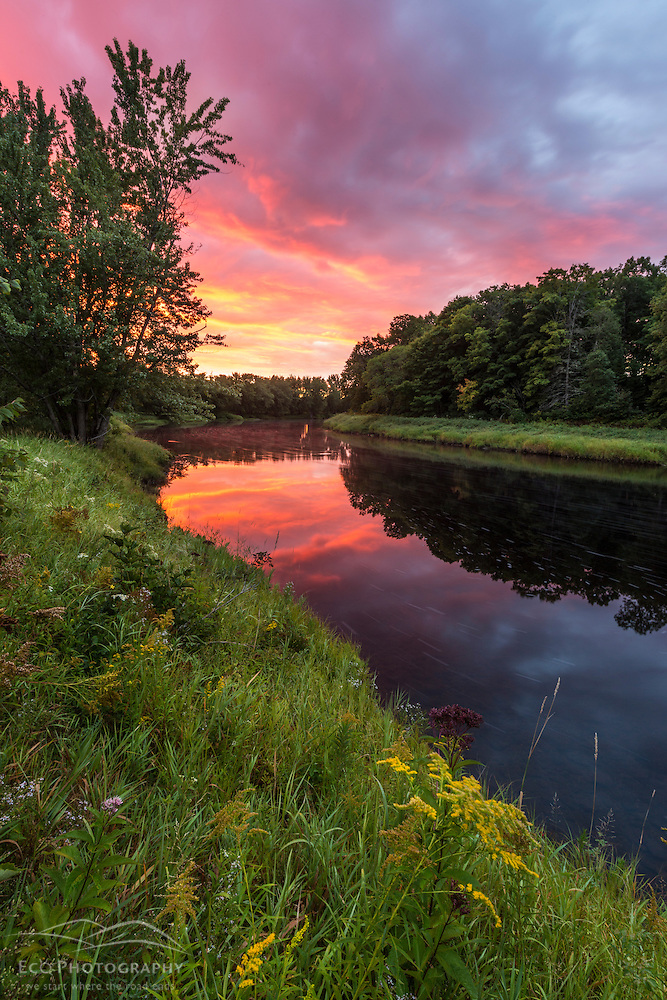 Dawn on the Mattawamkeag River as it flows through the Reed Plantation in Wytipitlock, Maine. (Jerry Monkman/EcoPhotography)

A major partner in this project is Apple, who worked with The Conservation Fund to protect the Reed Forest. You can read their press release on the project and the how and why of their forest protection efforts in the US and China here: http://www.apple.com/newsroom/2016/11/apple-and-the-conservation-fund-advance-forest-protection-efforts.html 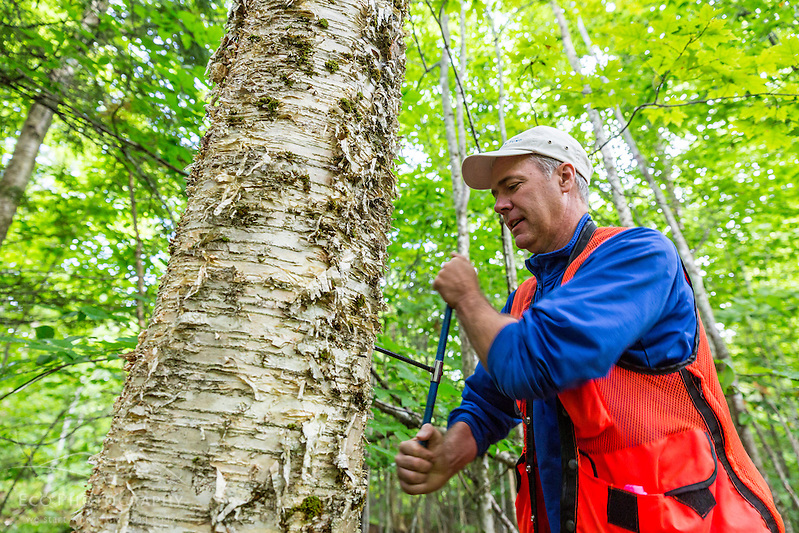 Brian Dangler of The Conservation Fund takes a core sample from a tree in Maine’s North Woods. (Jerry Monkman/EcoPhotography.com) 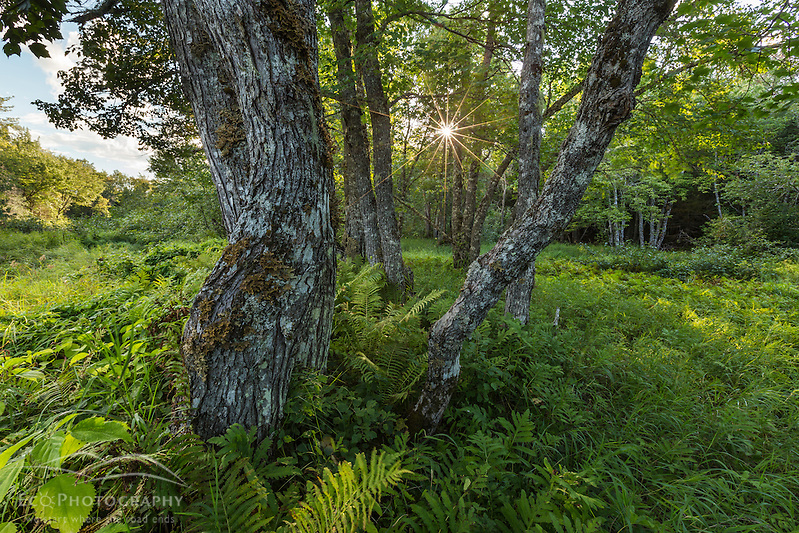 Lichen covered maple trees in a flood plain along Wytipitlock Stream in the Reed Plantation in Reed, Maine. (Jerry Monkman/EcoPhotography.com)

You can see some of my previous work in New England’s Northern Forest in this gallery.