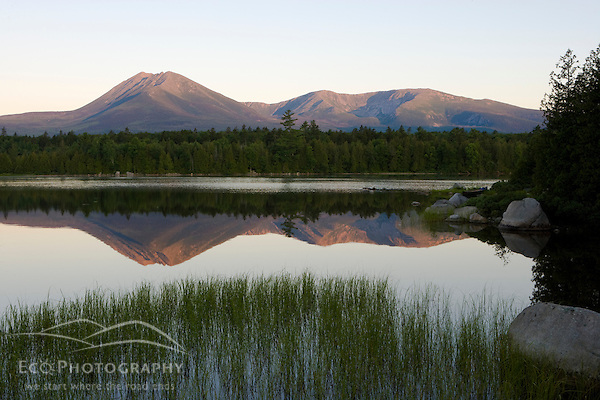 It was twenty years ago that I embarked on this fun and crazy career as a conservation photographer, and it is probably fitting that the first image I ever licensed was from the summit of Maine’s Mount Katahdin. The peak, best known as the northern terminus of the Appalachian Trail, provides dizzying and expansive views of the Northern Forest. At the time, efforts were just beginning to conserve the 26 million acres of relatively undeveloped forest that stretch from northern New York to Maine’s border with New Brunswick, and it was this issue that first grabbed my attention as a conservation photographer living in New England. For most of the 20th Century, most of the forest in this region was privately held as industrial timberland, but it was also open to the public for recreational uses, and it was (and still is) a popular place to fish, hunt, hike, snowmobile, camp, etc. 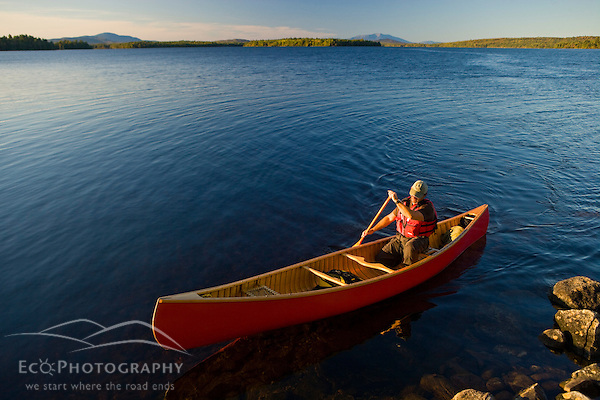 A man paddles his canoe on Seboeis Lake near Millinocket, Maine. Mount Katahdin is in the distance. (Jerry Monkman)

In the late 1980’s, big swaths of the Northern Forest started to be sold off by companies with New England ties to large multinational corporations with headquarters far removed from this iconic New England landscape. This worried both conservationists and local communities who feared that bean counters in places as far away as South Africa would be making decisions about this resource that New England depended on for recreation, jobs, and a way of life. This inspired the movement to conserve the Northern Forest that continues to this day. Since that time, millions of acres in the region have been protected from development so that they may continue to be used as working forests and/or places where wildlife can thrive and people can enjoy the recreational access they’ve enjoyed for more than 150 years. 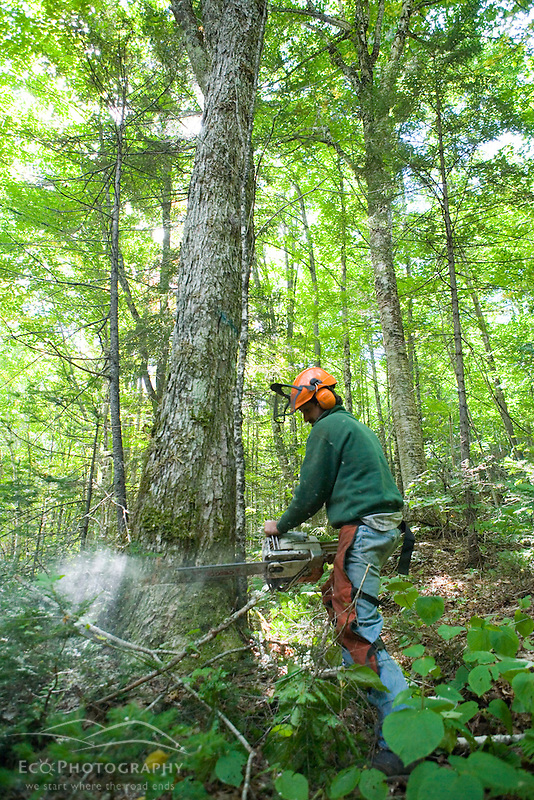 Click the above photo to see a collection of my images from the last 20 years of shooting in the Northern Forest.

I’ve had the pleasure of working on dozen of photo projects in the Northern Forest, from Granby, Vermont, to the Connecticut River Headwaters in New Hampshire, to Katahdin Lake near Maine’s Baxter State Park. I’m looking forward to working on more projects this year, as things seem to be heating up in the region between Umbagog Lake on the New Hampshire/Maine border and Moosehead Lake in northern Maine. 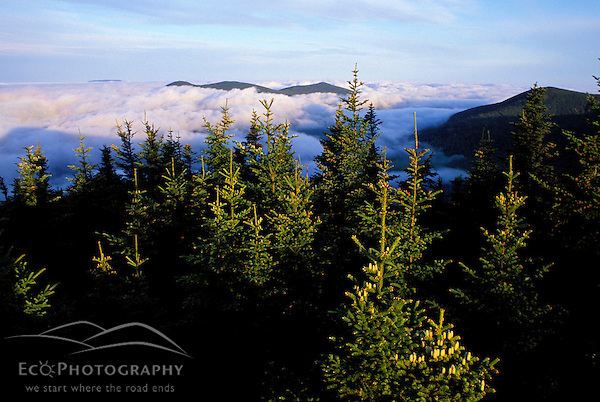 The above photo from Sugarloaf Mountain in northern New Hampshire is from one of the first photo assignments I ever landed, a project that highlighted one of the Nature Conservancy’s first large scale acquisitions in the Northern Forest. At the time, I never imagined I would shoot this scene again from a conservation perspective, but when the Northern Pass electricity transmission project was announced in 2010, their proposed route showed it going right through the Conservancy’s Bunnell Preserve and the middle of this photo. Northern Pass  has since scrapped that route, but they have yet to announce a new route, so who knows exactly if or how this landscape will be affected? I hiked back up Sugarloaf in the fall of 2011, and the view is still as beautiful as ever (but for some reason, the trail seems steeper than I remember:)

Speaking of Northern Pass, I think we’ll be hearing a lot about it this year as Northeast Utilities and Hydro-Quebec will be needing to file several permit applications soon. I’ll be keeping a watchful eye on how this progresses and I’ll probably be filming some more stories about the project this summer. If you’re interested, check out the below video I shot for the Society for the Protection of New Hampshire Forests last summer: