Cleaning Up for Earth Day and the Blue Ocean Society. 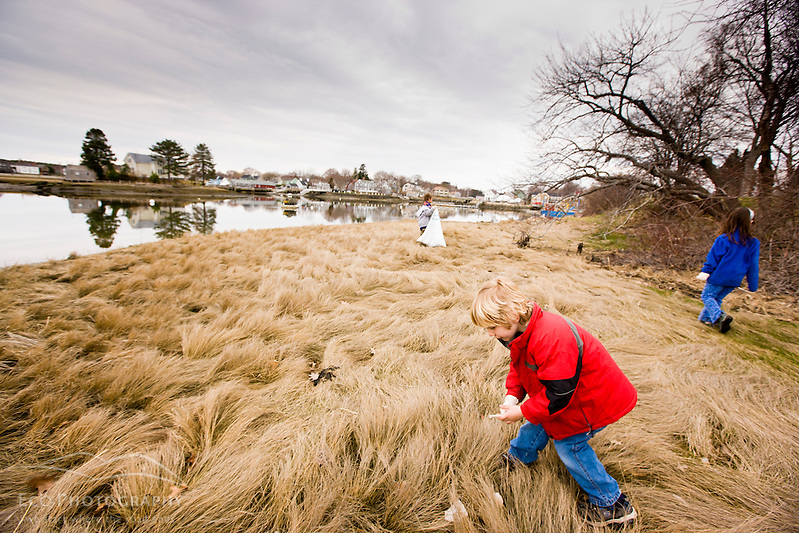 A boy picking up trash as part of a beach clean-up sponsored by the Blue Ocean Society on Pierce Island in Portsmouth, New Hampshire. (Photo: Jerry and Marcy Monkman)Marcy and I took the kids to a beach clean-up on Pierce Island in Portsmouth yesterday.  It was sponsored by the Blue Ocean Society for Marine Conservation, which “is a non-profit organization that promotes awareness
and conservation of the marine environment through education and
research in New England.”  In addition to their public outreach programs like the beach clean-up, Blue Ocean conducts important research on marine mammal populations on Jeffrey’s Ledge, a unique marine habitat approximately 20 miles off New Hampshire’s coast in the Gulf of Maine.

These beach clean-ups seem to be making a difference.  Three years ago, the annual Pierce Island clean-up resulted in over 600 pounds of trash being collected.  Now that figure is under 200 pounds.  Our crew of six (there were about 20 crews total) managed to collect about ten pounds of both land-based trash (potato chip bags, candy bar wrappers, etc.) and marine based trash (lobster claw bands, bait bags, etc.)  We found plenty of styrofoam and the clear-cut, consistent winner when it comes to waste – cigarette butts – we found 256 in an hour.

What I find most satisfying about these beach clean-ups is not the trash that’s picked up, but the enthusiasm for protecting the environment that is infused  into the participants, inspiring them to find other ways to contribute to restoring our environment.  Our kids were practically manic during the clean-up, excited at every little piece of trash they discovered and then purged from mother nature.  That enthusiasm carried over to today as they were giddy helping me construct a compost bin in the backyard and tossing in the first apple core.  With Earth Day this week, there will be thousands of these events happening around the country, and I’m hopeful they will inspire more people to start recognizing our need to take responsibility for the planet.  To find an event near you check out http://www.earthday.org/. 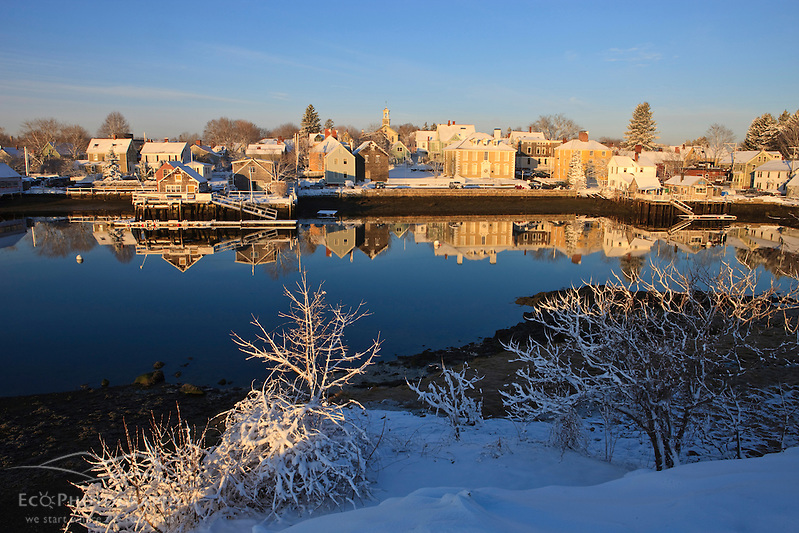 The South End of Portsmouth, New Hampshire as seen from Pierce Island in winter. (Jerry and Marcy Monkman)

By the way, Pierce Island is in Portsmouth Harbor, a short walk from downtown Portsmouth.  The above shot was from about a month ago after our last snowfall of the winter.