Camp to Camp Skiing in the Maine Woods. 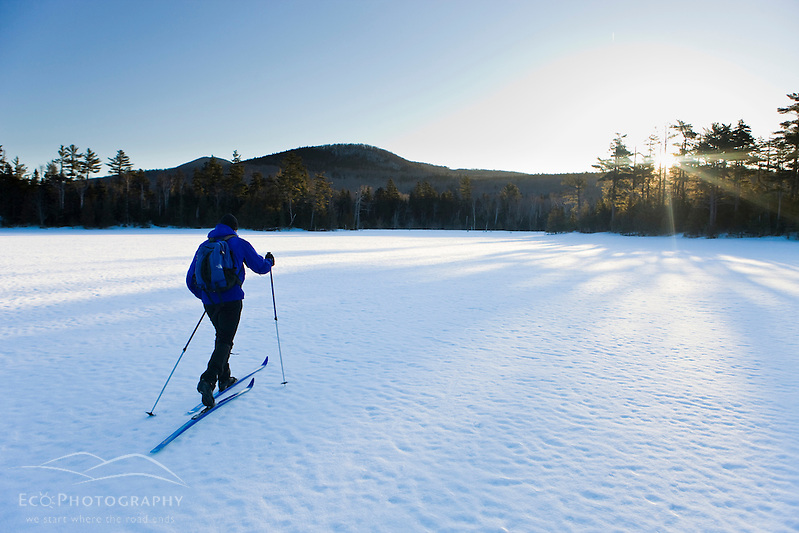 This past weekend I spent 4 days photographing and skiing in Maine’s North Woods. I was part of a great group of ten experienced outdoors people from the Portland and Boston areas, including some folks from the Appalachian Mountain Club.  The AMC owns two of the camps that we used on our trip and the organization is in the midst of what they call their “Maine Woods Initiative.”  According to the AMC website, the Maine Woods Initiative is “AMC’s strategy for land conservation
in the 100-Mile Wilderness region – addressing regional ecological and
economic needs through outdoor recreation, resource protection,
sustainable forestry and community partnerships.”  This region east of Moosehead Lake is part of the mountainous spine of Maine that is home to the Appalachian Trail, most of Maine’s woodland flora and fauna, including the endangered Lynx, and a healthy dose of prime fishing ponds and streams. 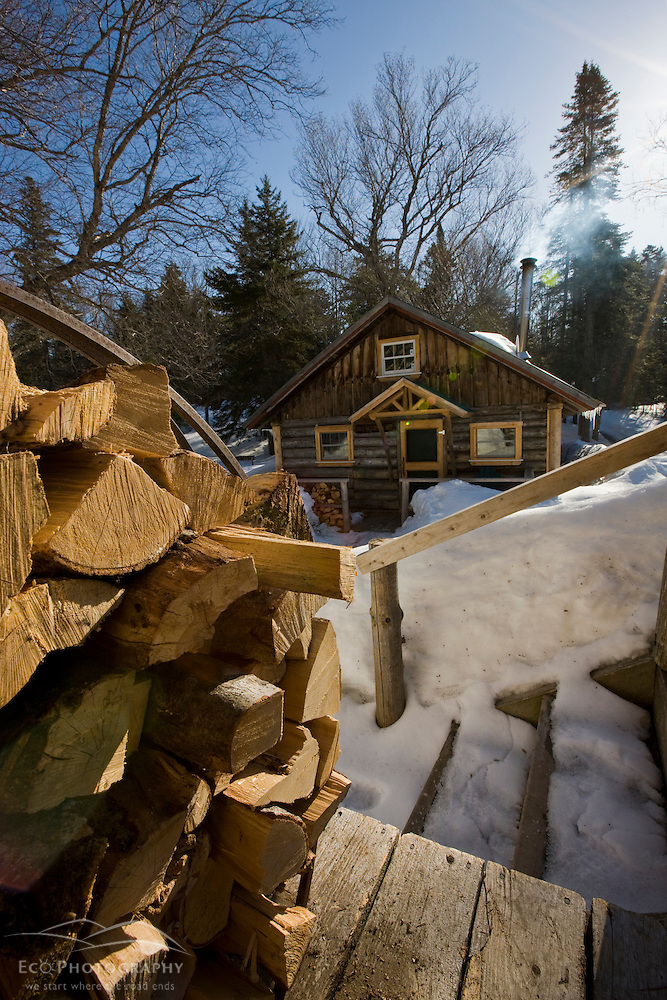 Like most of northern Maine, this region has traditionally been owned by timber management companies.  For more than a century and a half, wood has been harvested here, sometimes sustainably, sometimes not, but access to recreationists (some hiking, but primarily sportsmen and women)  has always been allowed.  The wood products industry has been experiencing its share of ups and downs, mergers and consolidations, and uncertainty over the last two decades, which has had negative economic and ecological impact on the area and put its future in jeopardy.  As of now, AMC has purchased 37,000 acres of forestland in the region as well as three wilderness camps: Little Lyford Lodge, Medawisla Wilderness Lodge, and Chairback Gorman Camps.  According to AMC,  “The Initiative seeks to address the ecological and economic needs of
the Maine Woods region by supporting local forest products jobs and
traditional recreation, creating new multi-day recreational experiences
for visitors, and attracting new nature-based tourism to the region.” 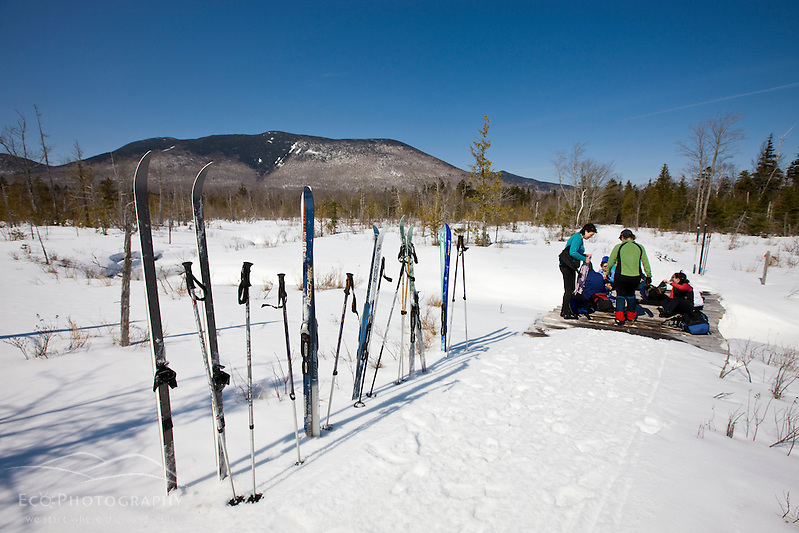 A group of cross-country skiers takes a lunch break on the Pleasant River Trail between West Branch Pond Camps and Little Lyford Pond Camps near Greenville, Maine. Baker Mountain is in the distance. (Jerry and Marcy Monkman)

For our trip, we started with a night at AMC’s Medawisla Wilderness Lodge.  On day two, we skied past views of Mount Katahdin and lynx tracks to West Branch Pond Camps, run by 4th-generation proprietor Eric Stirling.  Eric provided us with great service, food, and ample stories of the area.  The view of White Cap Mountain across West Branch Pond is spectacular.  Day three was a ski past White Cap and Baker Mountains to Little Lyford Pond Camps, one of the most charming wilderness camps in all of Maine.  Day four provided us with a really fun ski on a woodland ski trail designed by AMC trail experts specifically for cross country skiing.  Its ups and downs and twists and turns were probably the most fun skiing of the trip.

The skiing averaged around 8 miles per day of reasonable ups and downs under beautiful blue skies (we never experienced an overcast sky, let alone any precipitation.)  The skiing was made even easier by the fact that our gear was shuttled between camps by snowmobile, and the staffs at each location provided plentiful and delicious meals. 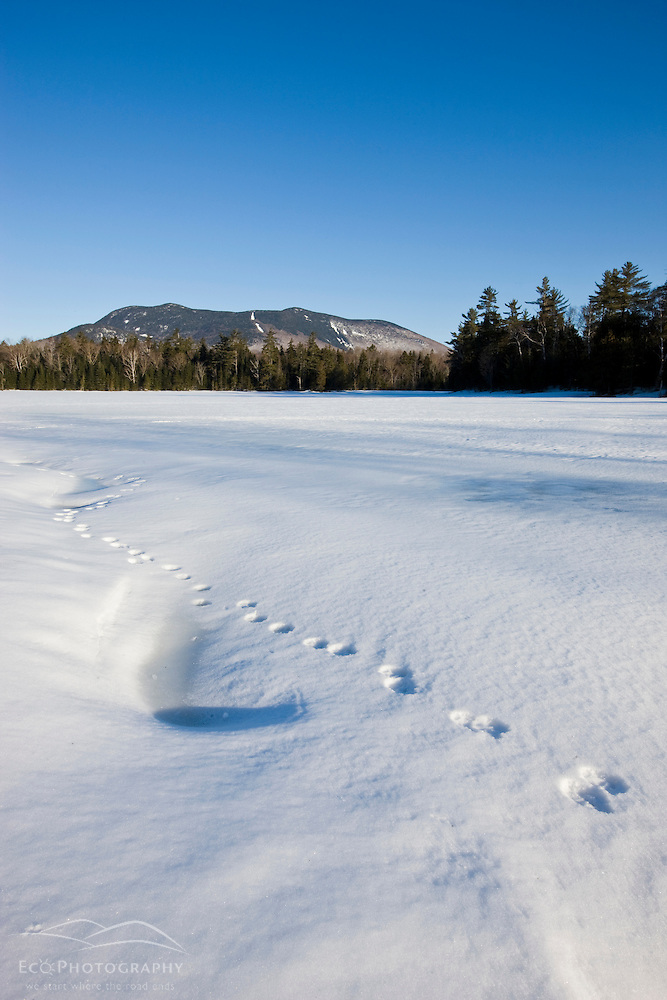 Animal tracks on a frozen pond near Little Lyford Pond Camps near Greenville, Maine, Winter. Baker Mountain is in the distance. (Jerry and Marcy Monkman) 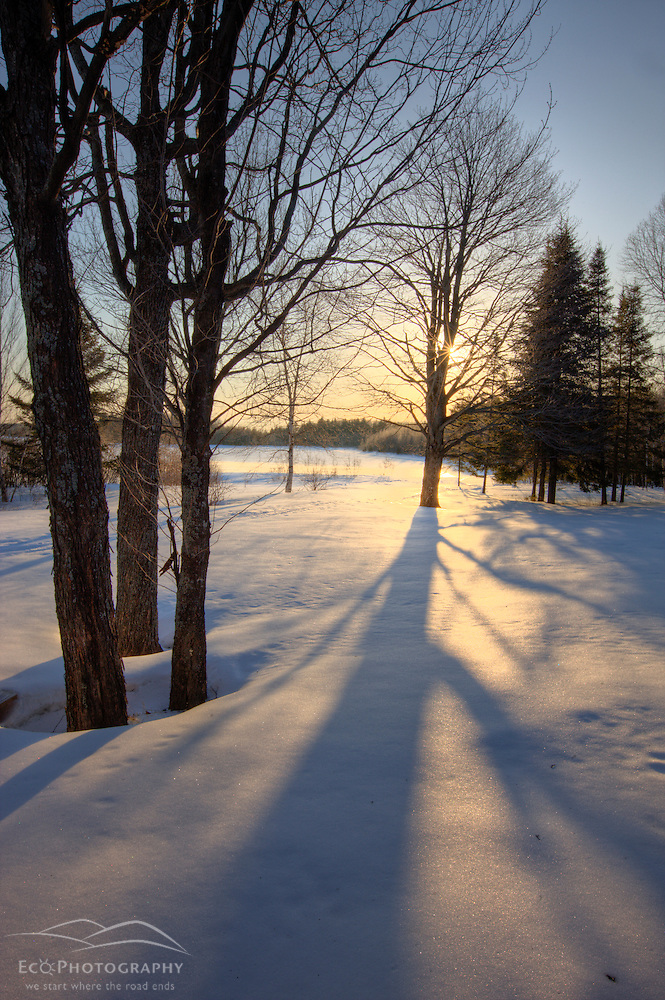 To learn more about the camp-to-camp ski experience and other recreation opportunities in the area, visit the AMC’s website at: http://www.outdoors.org/conservation/wherewework/maine/me-recreation-guide.cfm.