Between the rain drops. 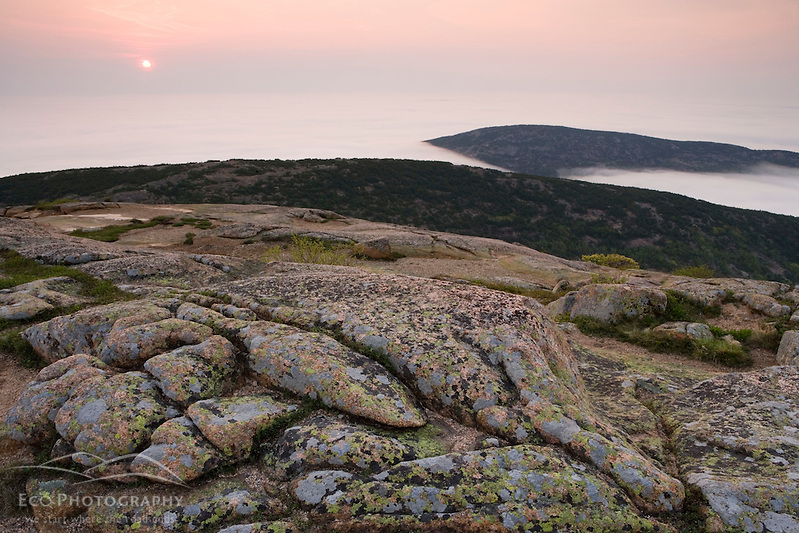 If you live in New England, you’ve experienced a lot of cloudy and rainy days so far this spring and summer.  We must be averaging around one sunny day per week since June started.  It is definitely pushing back my photo shooting schedule, as I am fairly dependent on having decent light for a lot of my work.  Don’t get me wrong, I love shooting subjects like flowers, waterfalls, and forests on foggy and misty days, but for the big landscapes, I need the sun!  I spent most of the last two weeks in Maine’s Acadia National Park and locales further east working on two guidebooks – the third edition of our adventure guide to Acadia, Discover Acadia, and A Photographer’s Guide to Acadia, both due to be released next spring.  For the adventure guide, I was still able to get a lot of work done, hiking in the rain.  For the photo guide, I fell a few sunrises short of meeting my goals, so I’ll have to make another trip up there next month (I know, poor Jerry…) 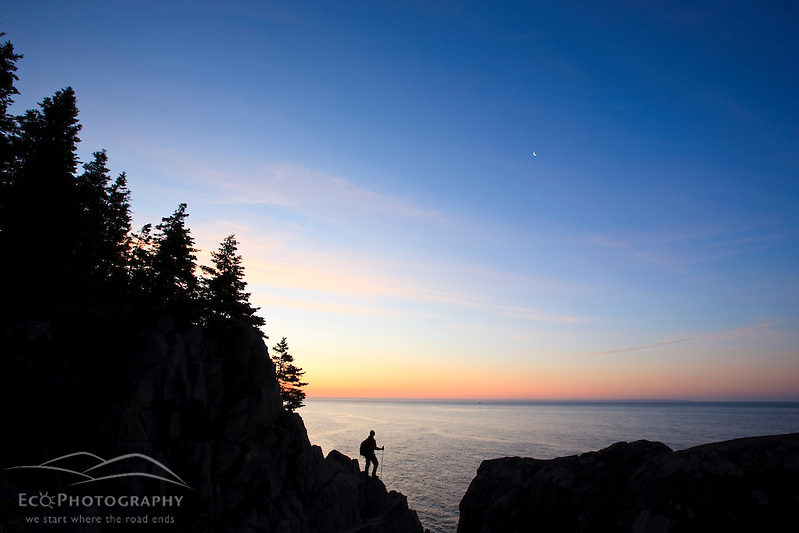 A lone hiker at sunrise on the Bold Coast trail in Cutler, Maine. (Jerry and Marcy Monkman)

The three photos in this post represent the few moments where the sun made an appearance during the last two weeks. 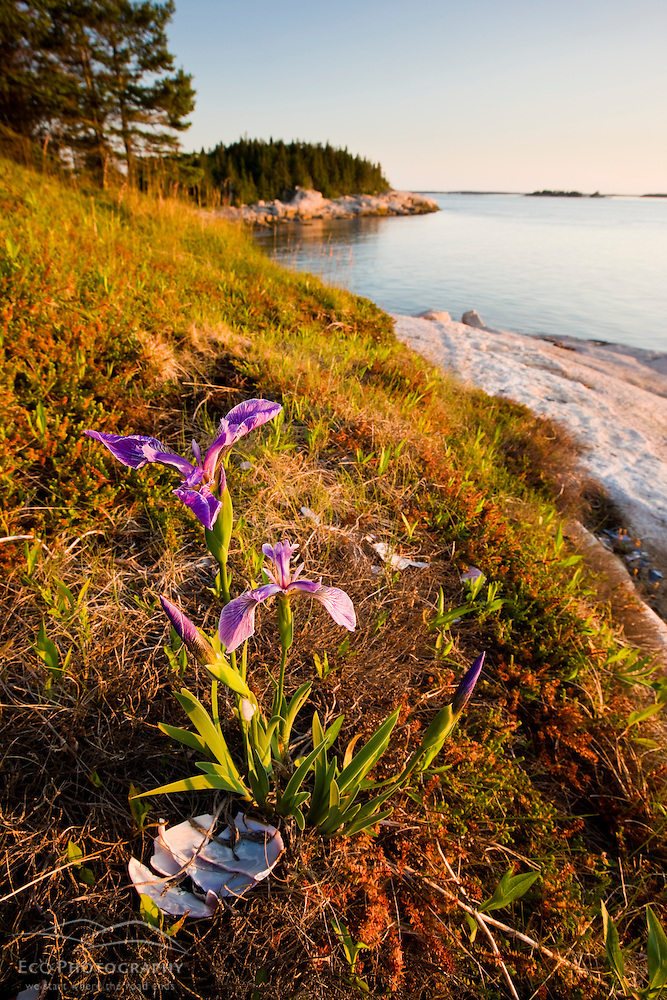 It had been five years since I last visited the coast of Maine east of Acadia, Washington County.  Not much has changed in this little populated county (34,000) the size of Delaware and Rhode Island combined.  Most tourists visit the area to see the eastern most point in the U.S. or to take a boat ride out to Machias Seal Island to see the colony of Atlantic Puffins (to see my puffin shots from earlier trips just go to www.ecophotography.com and search on puffins,) but there is actually some great coastal hiking in the area and some fun kayaking in Cobscook Bay.  For both the Cutler and Great Wass Island shots above, I needed to hike a couple of pre-sunrise miles to get to the coast in the good light.  Well worth the effort.