Back to Work: Conservation Photo Projects in Stratford, CT, York, ME, and Acadia. 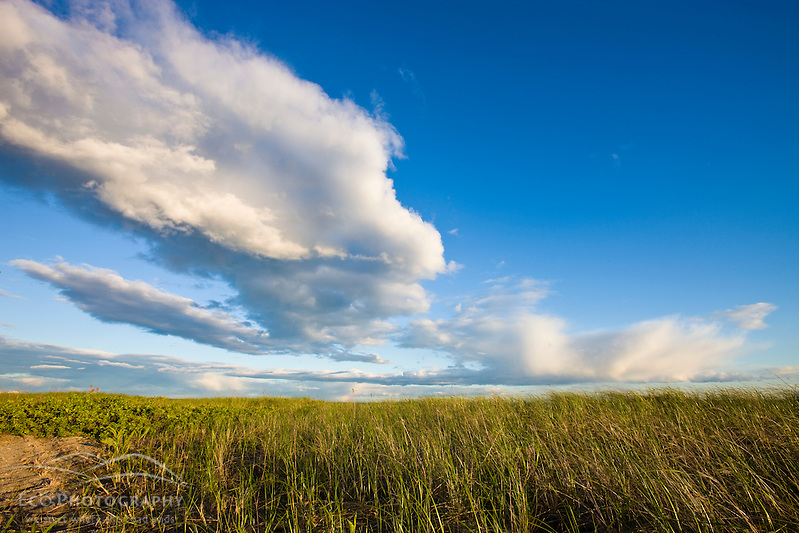 From a conservation photo project for the Trust for Public Land. Clouds above Long Beach in Stratford, Connecticut. Adjacent to the Great Meadows Unit of McKinney National Wildlife Refuge. (Jerry and Marcy Monkman/EcoPhotography)

I’m in the midst of photographing several conservation projects for the Trust for Public Land.  The first is a 2 mile-long barrier beach in Stratford, CT that protects a great salt marsh complex which is part of McKinney National Wildlife Refuge. 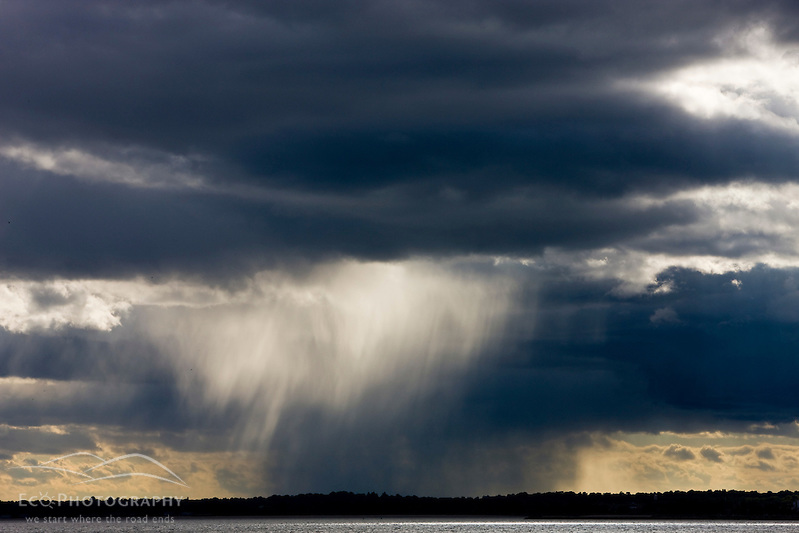 Rainshowers in the distance as seen from Long Beach in Stratford, Connecticut. Adjacent to the Great Meadows Unit of McKinney National Wildlife Refuge. (Jerry and Marcy Monkman/EcoPhotography)

During the two days I shot there a week or so ago, there were steady 10-15 mph winds which made getting sharp images of the grasses tough, but the reward were these great cloud formations and rain showers that blew through. 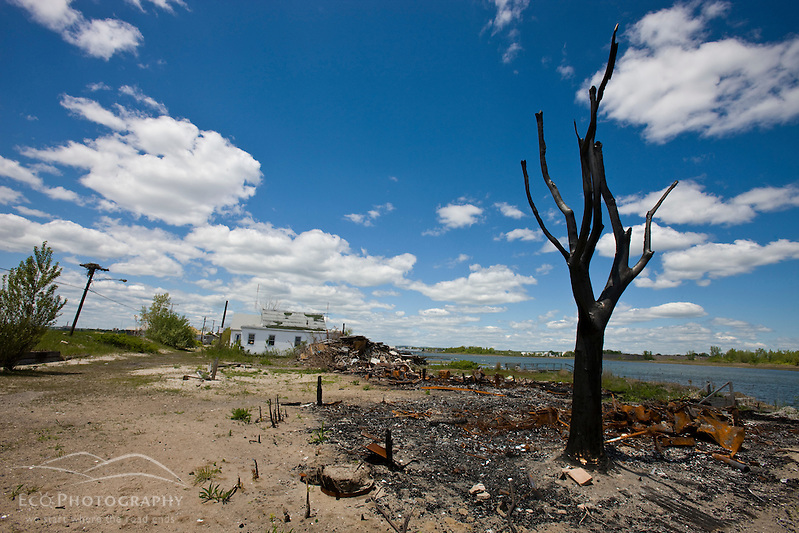 A scene from the abandoned Pleasure Beach neighborhood on Long Beach in Stratford, Connecticut. The 40-plus homes in the neighborhood were cut off from Bridgeport, CT in 1996 when the connecting bridge burned and was not replaced. The homes were subsequently condemned and are planned to be demolished soon. (Jerry and Marcy Monkman/EcoPhotography)

An unusual aspect of this project is that it involves the demolition of about 40 homes that were condemned a few years ago after the bridge connecting the beach to Bridgeport burned down and was not replaced.  It is an eerie site to see so many homes abandoned with windows broken and personal belongings strewn about, especially in such a beautiful seaside setting. The hope is that the entire 2-mile stretch of beach, which hosts nesting endangered piping plovers and least terns, will be turned over to the feds to be managed in conjunction with the wildlife refuge. 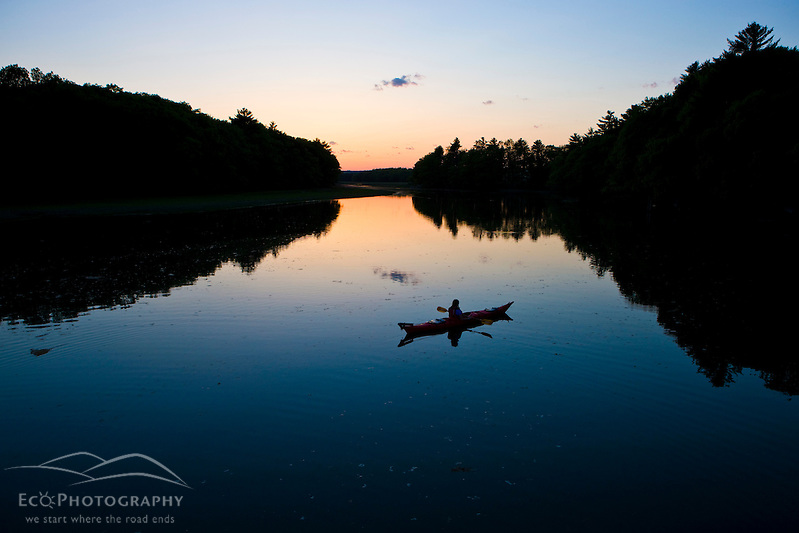 Marcy kayaks on the upper reaches of the York River in York, Maine. High tide. Sunset. (Jerry and Marcy Monkman/EcoPhotography)

A project we worked on last week, involved two properties on the upper stretches of the York River in York, Maine.  These projects will add land to a growing amount of protected open space along the beautiful tidal portion of the river, which has significant areas of salt marsh habitat and undisturbed upland forest.  In the Mt. Agamenticus to the sea corridor, it is part of an unusually large wilderness for southern Maine and coastal New England. 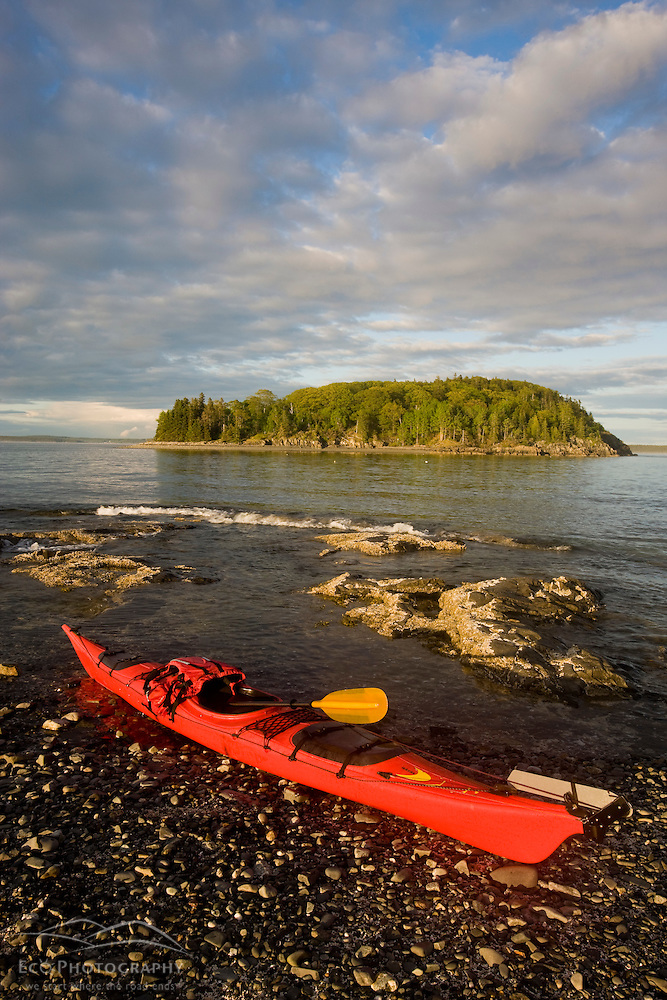 Today, I am photographing several hundred acres of land that protects well-managed forests and around three miles of shoreline on Branch Lake in Ellsworth, Maine.  And since I’m in Ellsworth, I couldn’t resist the opportunity to mosey on over to Acadia National Park and get my kayak wet in Frenchman Bay.  Unfortunately, I also go my phone wet in Frenchman Bay, so don’t try calling me today!

One thought on “Back to Work: Conservation Photo Projects in Stratford, CT, York, ME, and Acadia.”