Back in the Saddle – new Conservation Photo Project. 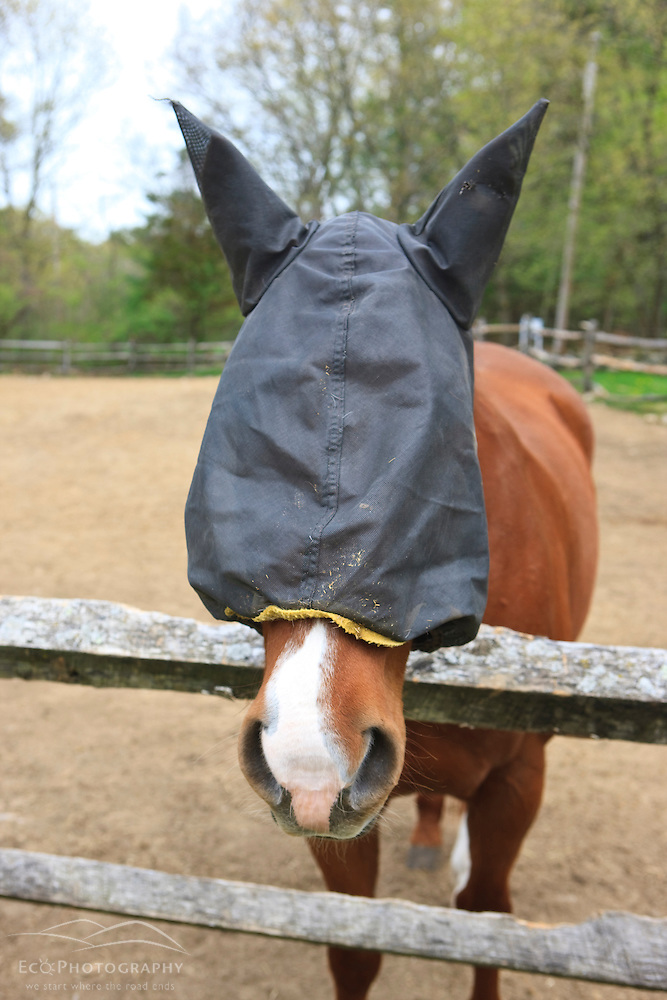 A horse wears a headnet to ward off black flies at Windrush Farm in North Andover and Boxford, Massachusetts. (Jerry and Marcy Monkman)

I got out in the woods today, scouting a photo shoot I’ll be doing on Wednesday for the Trust for Public Land at the Windrush Farm in North Andover, Massachusetts.  Thanks to some minor surgery a month ago and a family trip to Chicago last week, I hadn’t been out shooting since the before the snow melted and it felt great.  Though the trees are budding, the woods are still mostly gray and brown, but it was fun to see the usual early signs of spring like fiddlehead ferns and skunk cabbage.  Oh yeah, and there were black flies and mosquitos too. I’ll post more details about this project later in the week, but I did want to show a couple of photos tonight.  One of the unusual habitat types on this property is an Atlantic White Cedar Bog, so I decided to search it out.  After fighting thorny brambles for ten minutes, I got into the bog to find a wet, drab, swamp. 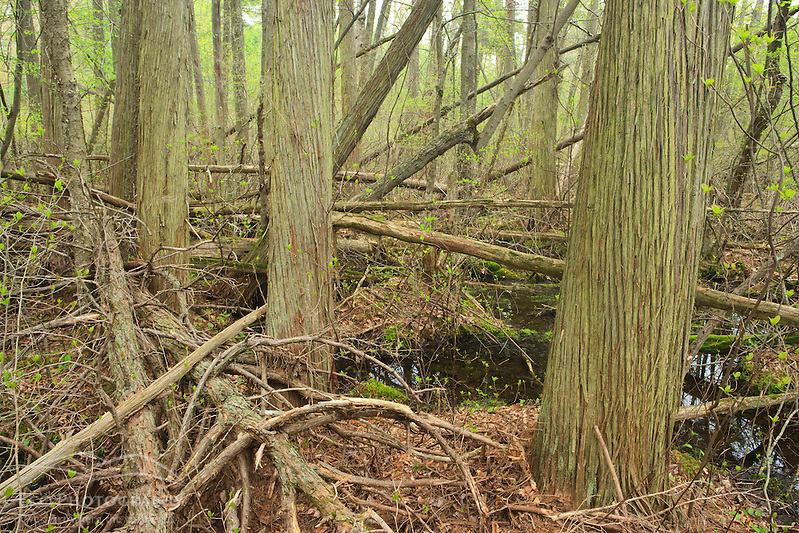 I’m always preaching to my workshop students that they need to work hard to simplify their compositions of nature in order to better communicate their stories, and this swampy area really challenged my ability to do this.  After 30 minutes of fighting thorns, carefully traversing pools of calf-deep muck, and swatting at black flies, this shot was the best I could come up with.  It was too messy and too drab for my liking, so I kept looking until I spotted a bright green skunk cabbage about 30 yards away. 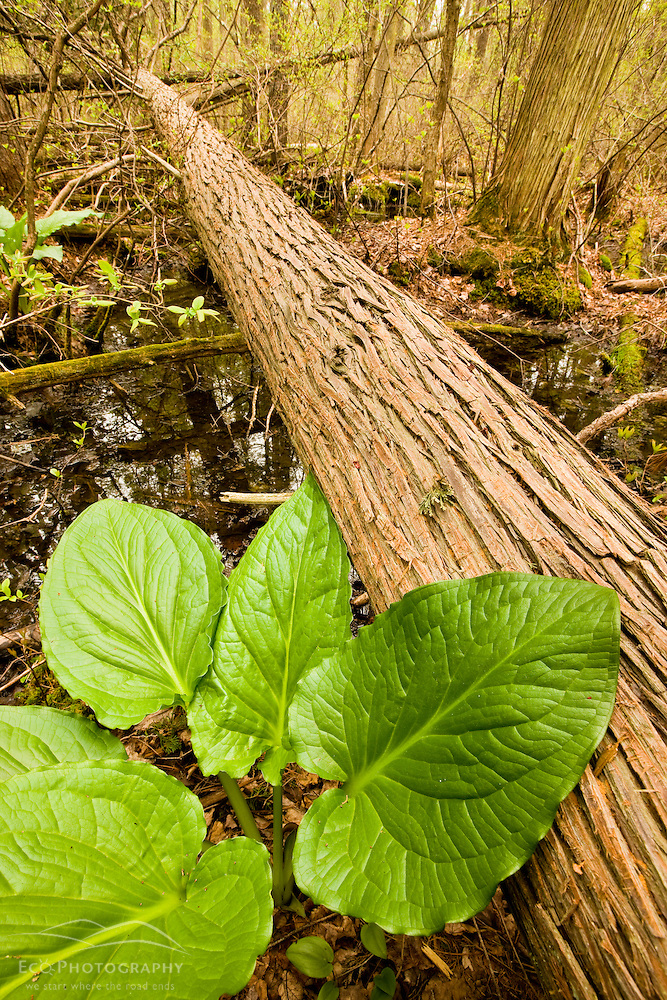 Skunk cabbage in an Atlantic White Cedar bog at Windrush Farm in North Andover and Boxford, Massachusetts. (Jerry and Marcy Monkman)The skunk cabbage leaning against a fallen cedar log really simplified the scene and added enough color to punch it up as well.  It’s not as dramatic as the Grand Canyon, and my adventure is nothing compared to a National Geographic assignment, but this image should help TPL tell the story of how this property contains a rare and important habitat. And that’s what my life as an “EcoPhotographer” in New England is all about.