Sunset on the Appalachian Trail on Saddleback Mountain in Maine’s High Peaks Region. The summit of The Horn is in the background.

In the above photo, a tell-tale white blaze marks the Appalachian Trail on Saddleback Mountain in Maine’s High Peaks region. The trail goes on to traverse the rocky ridge in the center of the photo which leads to the summit of “the Horn.” 99.7% of the Appalachian Trail footpath is protected and in public ownership, as is a corridor adjacent to the trail that averages 1000 feet in width. It took decades to get the trail protected at this level, which is a great accomplishment, but in places like Maine’s High Peaks we need to protect more than that from development in order to truly conserve the sense of wildness that the trail engenders. The High Peaks Alliance, with several partners including my client The Trust for Public Land, have been working for several years to do just that, from Saddleback Mountain near Rangeley to Sugarloaf Mountain near Stratton. Their work will insure that the AT corridor will be measured in miles, not feet, in this section of trail.

This protection not only maintains the wilderness views from the trail, but protects vital habitat for moose and bear, brook trout and Atlantic salmon, and threatened species such as Bicknell’s thrush. Orbeton Stream (pictured below) drains the southern slopes of Saddleback and is prime native brook trout habitat. 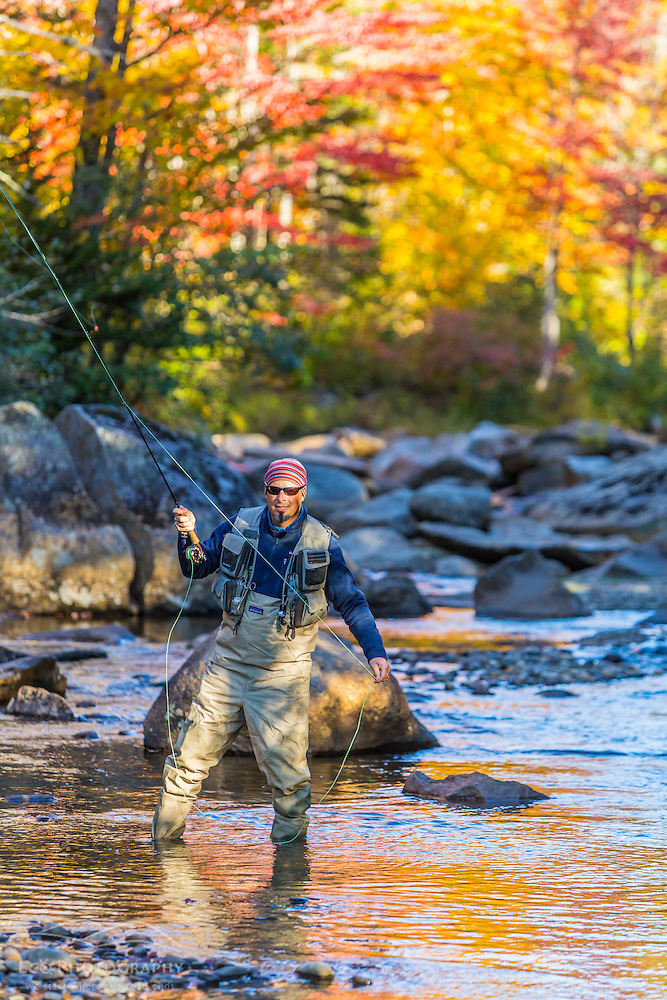 Changing gears here…those of you following the Northern Pass issue and/or The Power of Place know I spent a lot of time in the last couple of years talking about Northern Pass’s potential impact on the wildness of the AT in New Hampshire’s White Mountains. In August, Northern Pass announced their intent to bury their transmission lines for 52 miles around the White Mountains, thus eliminating their impact on the Appalachian Trail. However, most of the transmission lines will still be above ground and impacting wilderness views in other parts of the state, including those from several locations along the Cohos Trail, a long distance hiking trail that connects the Whites to the North Country.

Last week, Northern Pass submitted their formal application for a permit from the state of New Hampshire’s Site Evaluation Committee. The application is 2200 pages long! The public will have the opportunity to weigh in on the application, but not until the SEC has determined that the application is complete. Will Abbott at the Society for the Protection of NH Forests has posted an excellent FAQ on how the SEC process will work for Northern Pass here: https://www.forestsociety.org/blog-post/faq-sec-process-northern-pass

The US Department of Energy has extended the comment period for the Northern Pass draft environmental impact statement until the end of the year to take into account Northern Pass’s newest proposed route. Comments can be made here: http://www.northernpasseis.us/