The Appalachian Trail in Maine – Photos from Crocker Mountain. 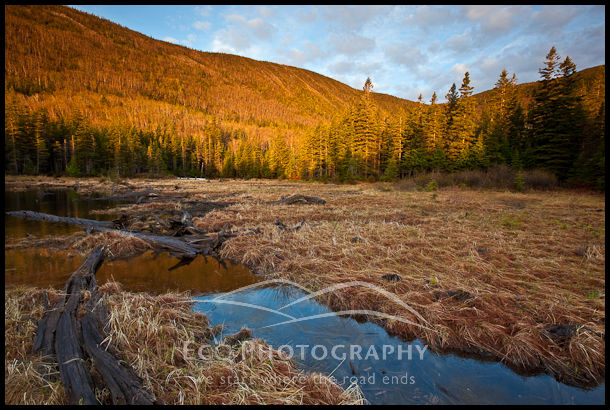 Near the Appalachian Trail in Maine.

I spent two days backpacking on the Appalachian Trail in Maine last week.  It was my first time spending a night in the backcountry this year, and it felt great to be out. The smell of balsam fir was intense along this section of trail, conjuring all kinds of great memories of hikes past.  I was working on a project that is in its infancy so I can’t reveal the exact details of what I was up to (my client has requested confidentiality for now,) but I’ll fill you in as the project firms up.  Let’s just say it has great potential. 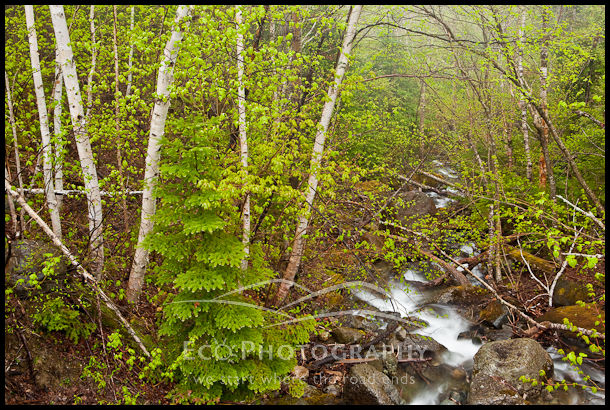 Paper birches next to stream.

I spent day one in a light drizzle, which provided great diffuse light for photos like this one of paper birches next to a stream.  To keep my gear dry, I used that most advanced piece of equipment known as an umbrella. I use various camera and lens covers in the rain, but I still find that I prefer to use an umbrella clamped to my my tripod.  The only other accessory I used for this shot was a polarizer, which I consider to be required for shooting forest scenes like this in order to really bring out the colors of the forest. 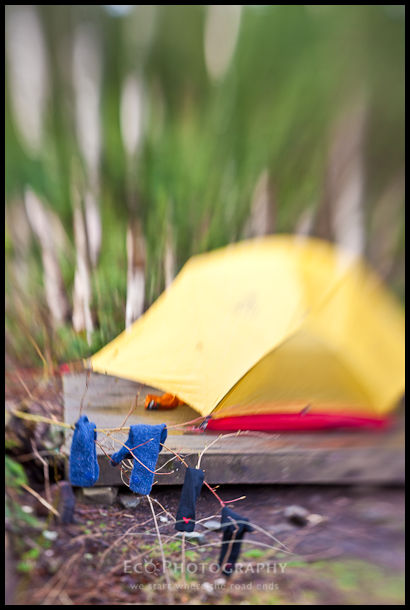 Camping on the Appalachian Trail in Maine.

Luckily, day 2 was sunny and breezy so my clothes and camping gear dried out pretty quickly.  I used a lensbaby for the above shot. I’ve always found it challenging to shoot camp scenes in fresh ways, and the Lensbaby was a fun way to mix it up a bit. While my socks dried out in an hour or two, they were soaked again pretty quickly as the trail that day was covered in about two and half feet of wet snow above 3700 feet. It’s melting fast though and the trail below the snow line was a running freshet for about half a mile. 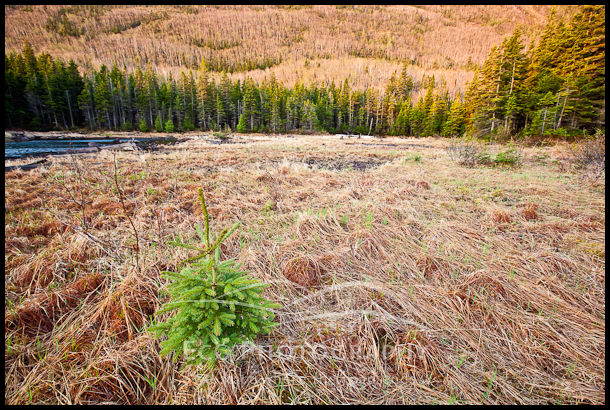 Near the Appalachian Trail in Maine.

This boggy area was filled with fresh moose sign.  I spent about five hours hanging out and waiting for moose with no luck though.  I could also see the bog from much of that day’s hike, but no moose sighting.  Maybe there weren’t enough flies yet to drive the moose out into the open.  Still it was a cool place to hang out, knowing that they were around somewhere.  After the hike, I drove to Bar Harbor to shoot a photo tips video for the Appalachian Mountain Club.  I’ll post some footage soon.