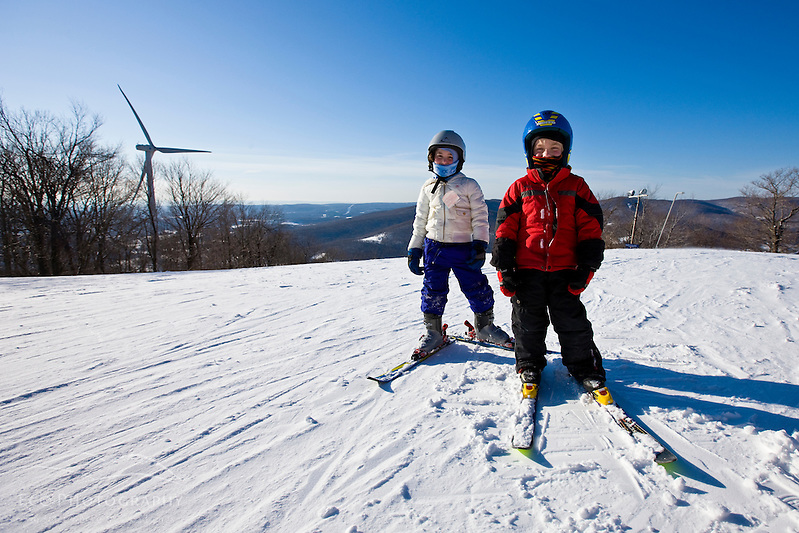 Marcy, the kids, and I spent our winter vacation week in the Berkshire Mountains of western Massachusetts.  This was the first time we spent an extended amount of time in this part of New England and we had a great time skiing, snowshoeing, and checking out the local scenery (and the Norman Rockwell Museum.)  One of the ski areas we tried out was Jiminy Peak in Hancock.

A couple of years ago, Jiminy installed a 1.5 megawatt wind turbine on
the mountain, which now produces approximately 33% of the resort’s
electricity.  According to the folks at Jiminy Peak, the turbine
generates 4.6 million kilowatt hours annually, which offsets
approximately 7.1 million pounds of carbon dioxide and 10,000 pounds of
nitrous oxide (both are greenhouse gases.)  Jiminy has also undertaken
major energy efficiency measures that are responsible for reducing
their annual electricity requirements by almost 2.5 million kWh.  While
alpine ski resorts are often the cause of environmental degredation
(especially their real estate ventures,) I have to applaud the attempts
of Jiminy Peak to lessen their impact on the environment, and I hope
other ski areas follow their lead. 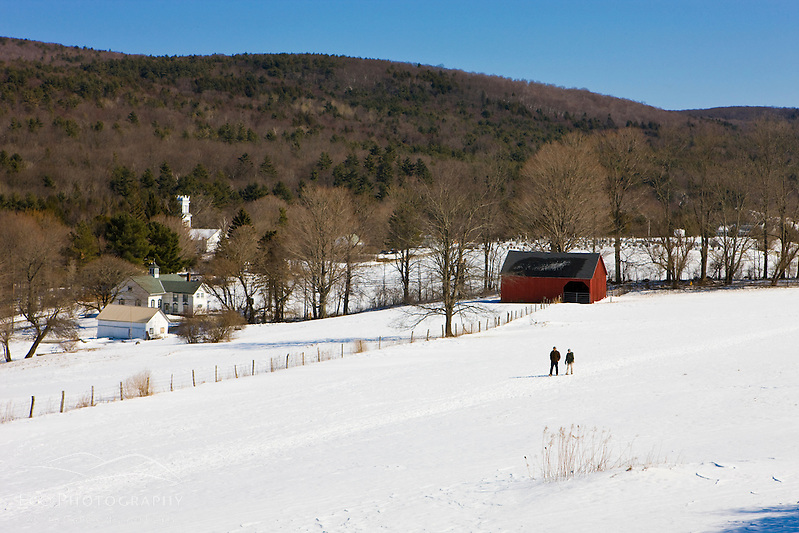 A couple walks through a snowy field at the Tyringham Cobble Reservation in Tyringham, Massachusetts. Berkshire Mountains. The Trustees of Reservations. (Jerry and Marcy Monkman)

The week before out vacation, I met with my friends at the Trustees of Reservations, a Massachusetts non-profit that owns 99 properties, which preserve almost 25,000 acres of the states most important landscapes.  They own several preserves in the Berkshires, and we visited two: Tyringham Cobble in Tyringham, and Bartholomew’s Cobble in Sheffield.  Both were beautiful spots that turned out to be great places to get our kids out on snowshoes for a few hours.  If you get chance, check them out. 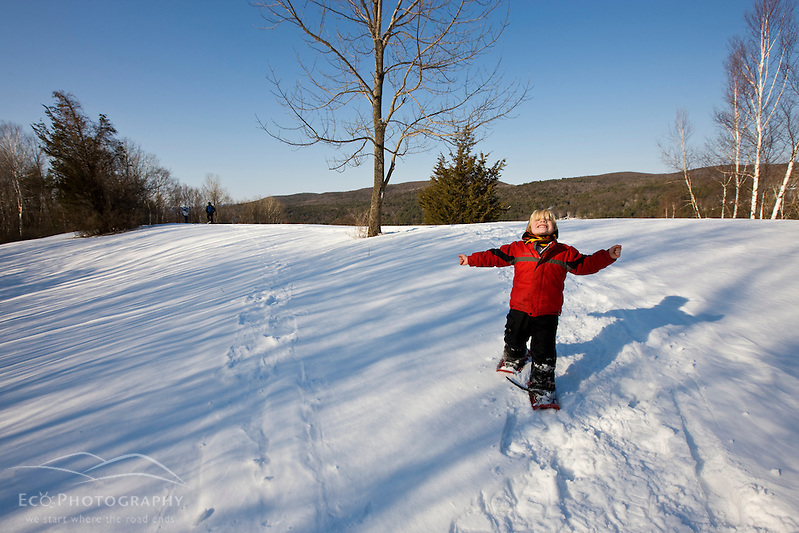 A young boy (age 5) snowshoes at the Tyringham Cobble Reservation in Tyringham, Massachusetts. Berkshire Mountains. The Trustees of Reservations. (Jerry and Marcy Monkman)