Preserving Access to the Sea for Fishing Families in Maine. 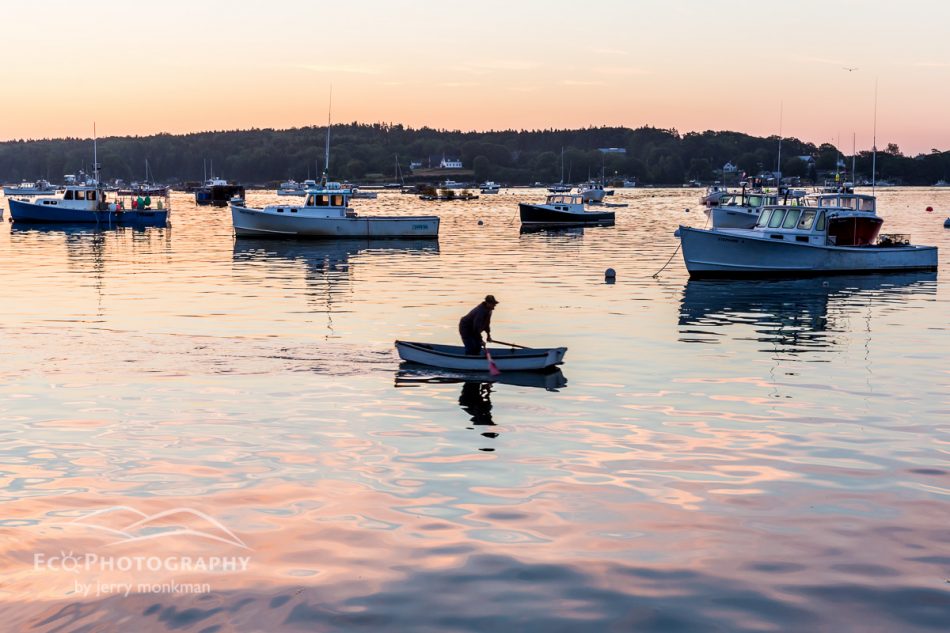 A lobsterman rows to his boat at dawn in Friendship harbor, Maine.

One of my jobs this summer is to document several working waterfronts in Maine where commercial fishing operations have existed for decades (or centuries), but are now threatened by rising real estate values. For more than ten years, the state of Maine’s Land for Maine’s Future Program (LMF) has been giving grants to commercial and municipal wharves up and down the coast to help preserve access to the sea for fishermen and women. As more and more people buy second homes on the Maine coast, the value of coastal land has risen to levels well above the value of the land if it is used for commercial fishing operations. LMF grant money helps narrow that gap in values while insuring that the land will be used only for fishing operations in perpetuity. 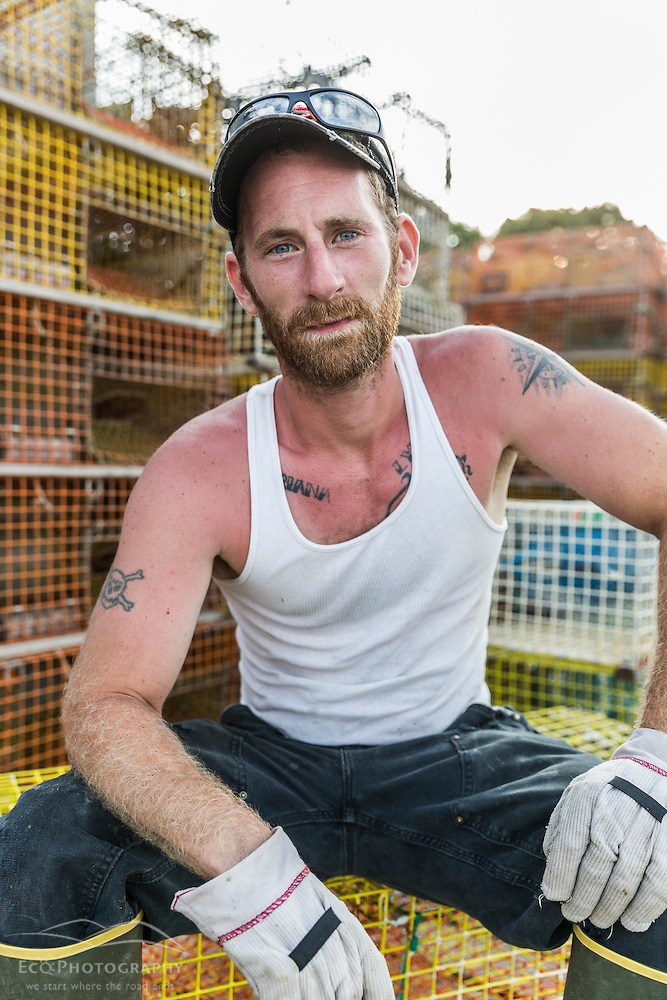 Ryan Schultz, crew on the lobster boat “Overkill” at the Friendship Lobster Co-op in Friendship, Maine. (Jerry and Marcy Monkman)

The fishing industry in New England has been hit hard by declining fish stocks, but making a living from the sea is still a strong part of the cultural identity in dozens of small communities up and down the Maine coast. So far for this project, I’ve visited wharves in Vinalhaven, South Thomaston, Friendship, and Harpswell. In each of these small fishing villages, I met men and women whose families have been working in the fishing industry for generations. Preserving fishing access to the ocean for future generations was very important to their vision for the future of their communities. 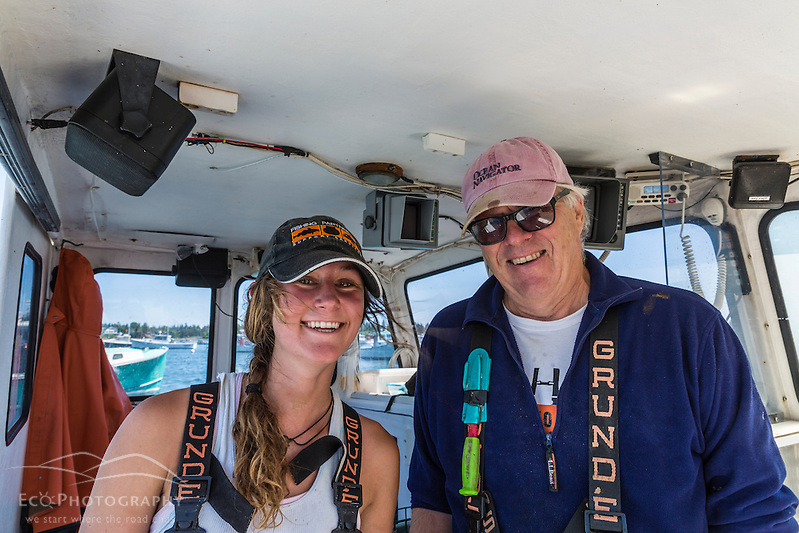 Of the more than 3000 miles of Maine shoreline, only 7200 linear feet are currently protected as working waterfront, yet that 7200 feet supports 670 fishing vessels and more than 1200 fishing families. As more and more of the Maine coast is built out with residential development and marinas that serve the pleasure craft industry, it seems to me that it is important to continue funding LMF’s Working Waterfront Access Protection Program so that Maine coastal communities can preserve some of their traditional, vibrant fishing culture. During the month of August, I’ll be shooting another four wharves from Scarborough in the southwest to Great Wass Island down east and I’ll be sure to post an update to this project. In the meantime, you can take a look at the below gallery of select images I’ve shot thus far that I think highlights the beauty of these places and the extremely hardworking people that depend on the sea for their livelihood.